The full Drosten's interview in the Süddeutsche Zeitung can be read easily in a Swiss newspaper below after registering.

Let me go through a few essential points.
tagesanzeiger.ch/warum-hat-er-m… 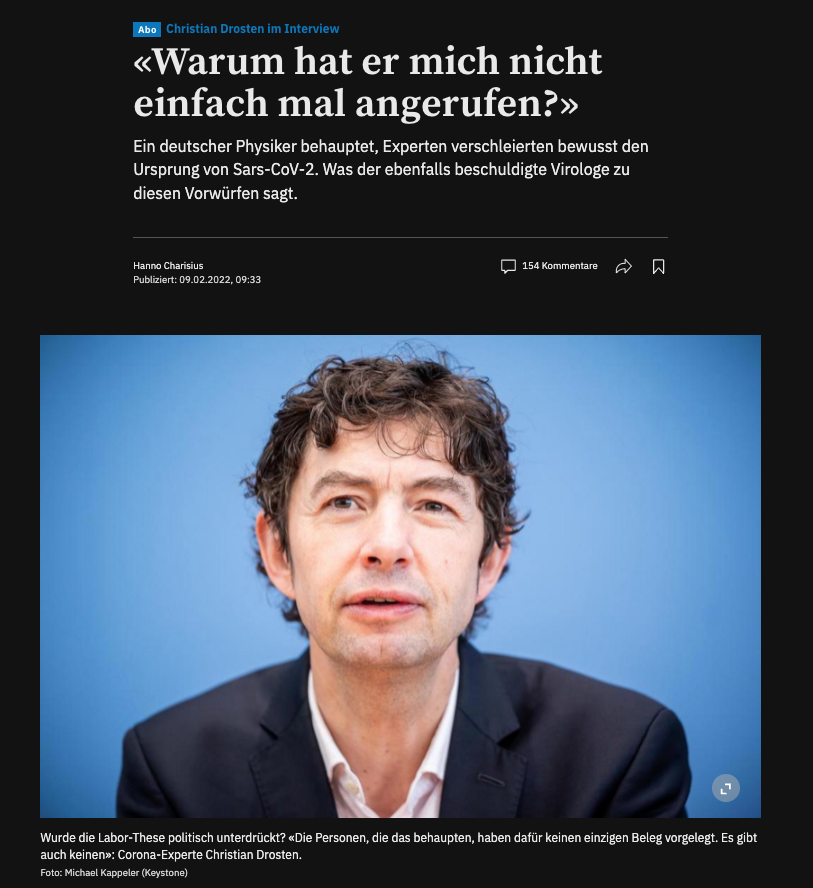 1/ About Fauci's call:
Q: And that caused Andersen to change his mind?

A: [--] "In the end this was our common conclusion: one cannot either answer Yes or No to the laboratory hypothesis.
A **higher, neutral authority** must work on clarifying this.
..

.. And the WHO quickly took up that question and has been working on it until this day"

-> Wait a minute. How does that square with the definite statements from Fauci after that call, the Lancet letter Drosten signed and the Nature piece from Andersen?

Did I miss something?

2/ About the work done under the NIH grants that had not been disclosed:

Q: "What did you think when you heard for the first time of the experiments in Wuhan?"
[--] "Many scientists, including me, have at the time staked their credibility [German idiom: put the hand in the fire]

.. with a statement in the Lancet medical journal in support of our colleagues from Wuhan, and yet were not informed about these projects.

If I had known about it, at the very least I would have had some questions, before adding my signature to it." 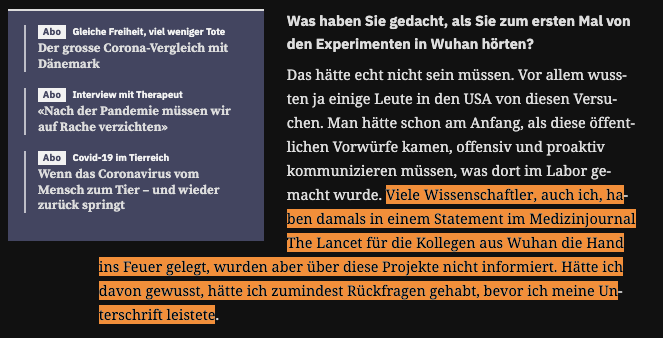 -> So Drosten seems to give the game away by saying that they 'staked their credibility' and needed to move this to a more neutral authority.

Sounds like they agreed to kick the can down the road to the WHO, which would remove the immediate pressure from the NIH,

and would make it less political (not US/NIH vs China), so potentially giving it a better chance of cooperation from China (and of not being seen as supporting Trump).

Or at least that what Fauci sold them.
Which is a hare-brained idea since the US was withdrawing from the WHO.