When you are in a hole, @stuartjdneil, don't keep digging:

DRASTIC was looking at both dates (8 and 16th Dec), reflecting the difficulty of analysis.

Even before Worobey published his piece, which reused sources investigated by DRASTIC, I had put the two dates on the DRASTIC map I share, with the 16 first and the still official (8 Dec) behind, as 16(8?) Dec:

So again, you are proven totally wrong.
bit.ly/3q5DoSD 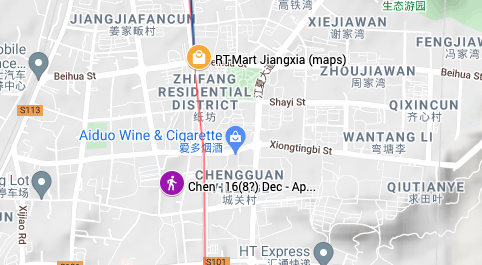 - @MichaelWorobey reused sources already investigated by DRASTIC.
- DRASTIC members had already mentioned the difficulty with the official date, and the 16 was clearly already shown on the map.
- Worobey got the dental records very wrong

Still @MichaelWorobey - to his credit - did not actually state that the onset date of Chen was definitely the 16th Dec.

He left it open, with a lot of 'ifs' and still mentioning that Mr Chen suspected that he may have gotten sick during his hospital visit on the 8th. 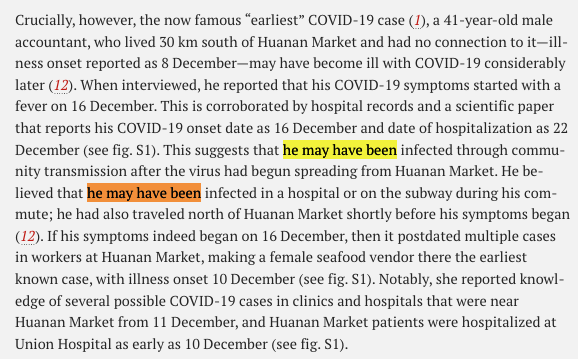 Also @MichaelWorobey introduced a problematic statement about a 'travel North of Huanan market shortly before his symptoms began'.

This sentence insinuates that he could have been infected there by getting through or close to the market.

This is wrong and should be corrected.

He actually went to a very common attraction in the mountains 90 km by road north of Wuhan - absolutely nothing to do with the market.

All reference to the market in that context is misleading.
@thackerpd