‘Terror and Confusion’: On the Ground in Wuhan, China in the Early Days of Covid-19 rollingstone.com/culture/cultur… via @RollingStone

The tribulations of Callahan on that Jan 20 trip to Wuhan are interesting to read.

Callahan had to take personal risk and evade surveillance to slip into the city and back out. 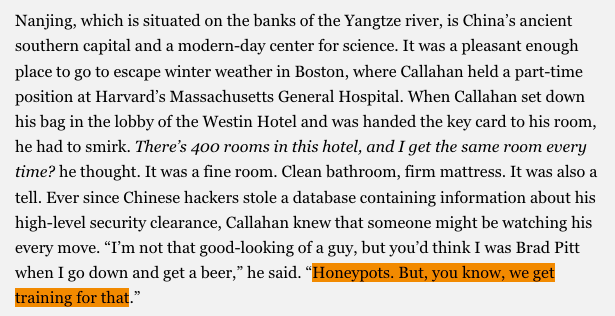 This way he was able to confirm that the situation was much worse then the official reassurances. 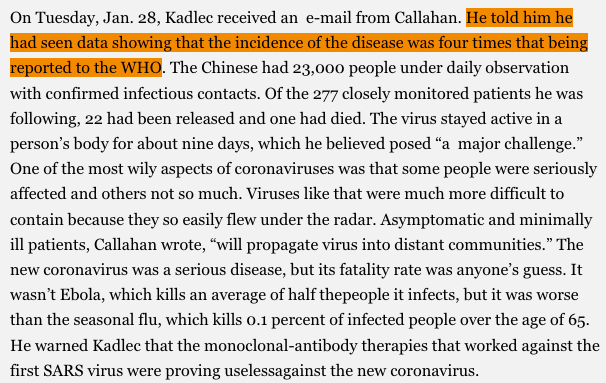 Information which he relayed to Kadlec, the head of the ASPR (Office of the Assistant Secretary for Preparedness and Response) 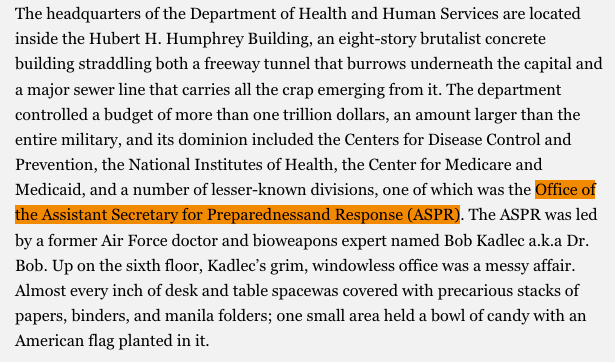 Along the way, he concluded that a research-related accident was fully plausible.

This incidentally means he is a conspiracy theorist for the zoonosis crowd which happily follows its prejudices or vested interests instead of basic logic.
politico.com/news/magazine/… 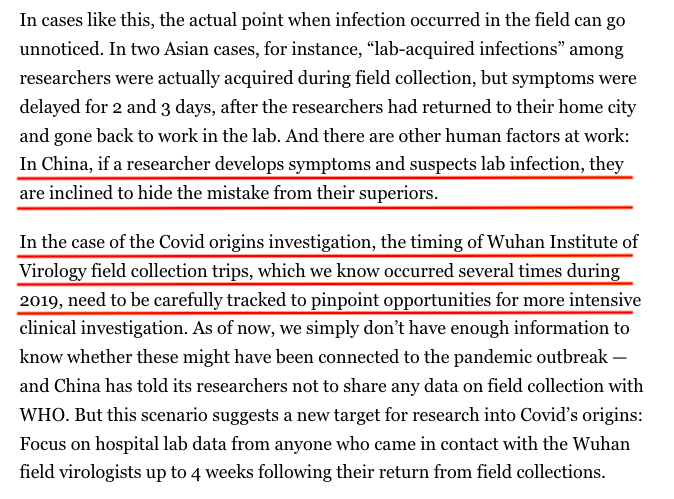 But he still ended up defending his beloved Track II approach, despite the fact that it had so little to show for itself.

Unless one can consider his Bond-style trip to Wuhan as a worthwhile result of 15 years of cooperation and many $ millions of funding. 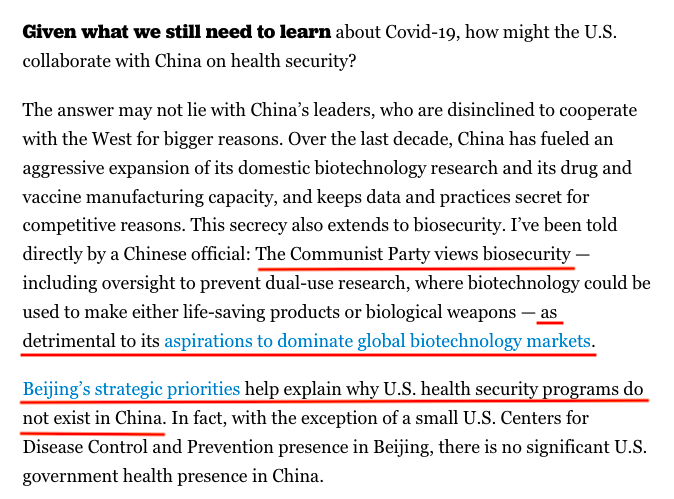