Rather a bit of a bad joke for @peterdaszak to be still listed as Chair of the 'Biodiversity and pandemics workshop' of IPBES, the Intergovernmental Science-Policy Platform on Biodiversity and Ecosystem Services. 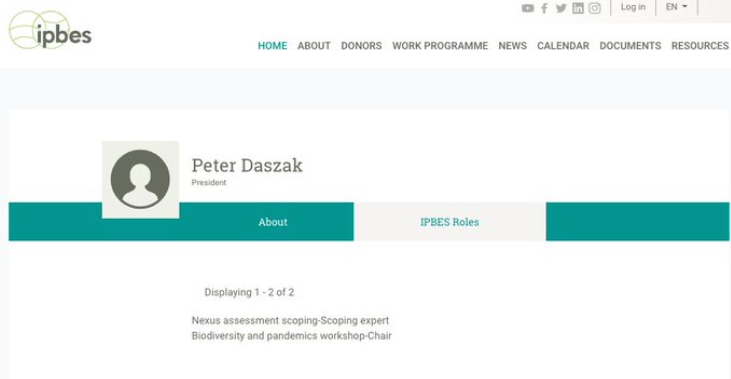 IPBES was established as an independent body with the blessing and support of the United Nations Environment Programme (UNEP).

As a chair of the latest workshop held in July 2020, Daszak presided on a review of the pandemics origins. 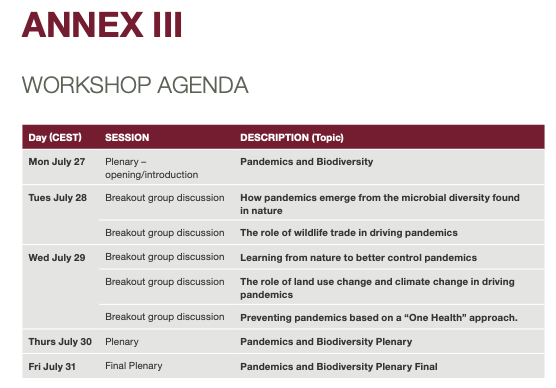 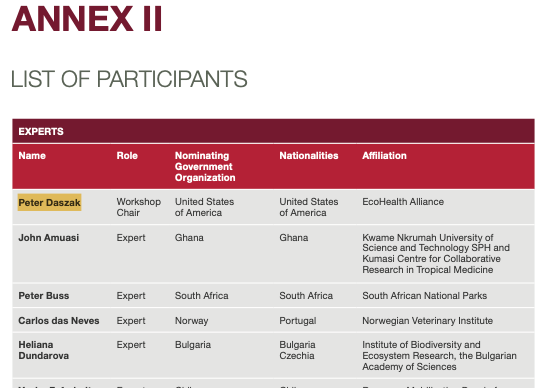 What is striking is that this is the THIRD origin investigation panel that Daszak managed to propel himself to the head of, after the Lancet commission origins task force (which was eventually shut down) and the WHO mission (which he hijacked when Embarek was the designated head) 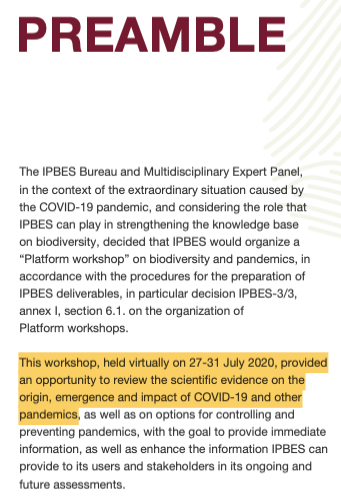 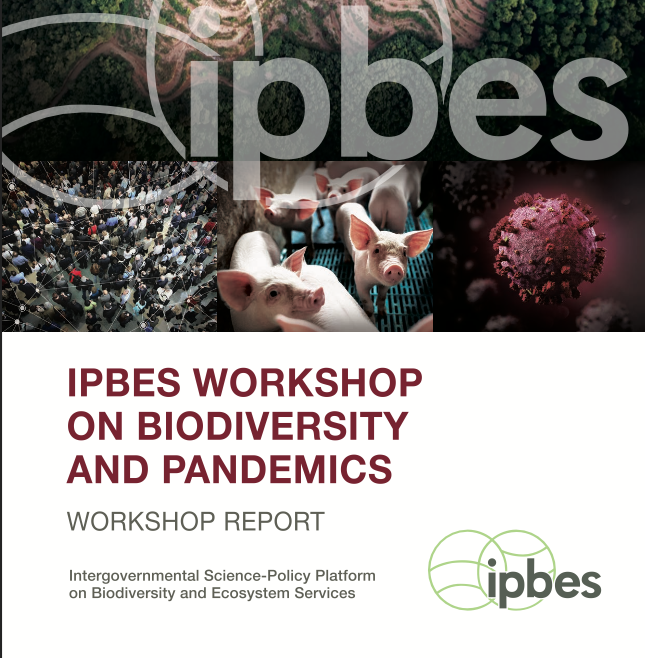 The workshop concluded that the pandemic
(1) was definitely of zoonotic origin (no alternate hypothesis considered),
(2) likely did not first emerge in the Huanan market, 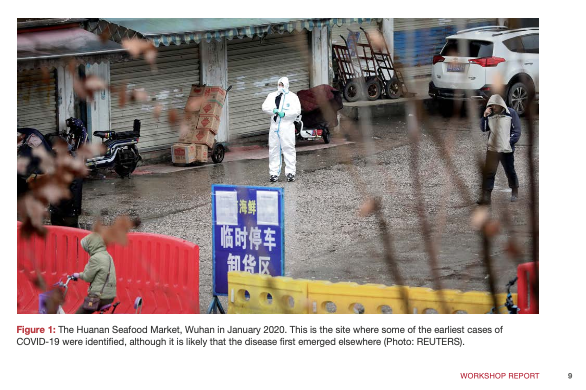 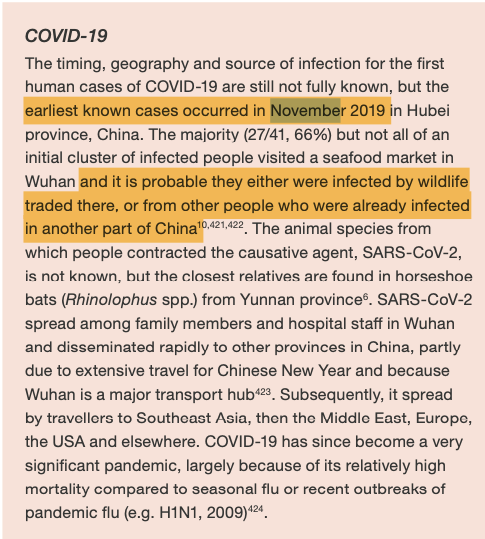 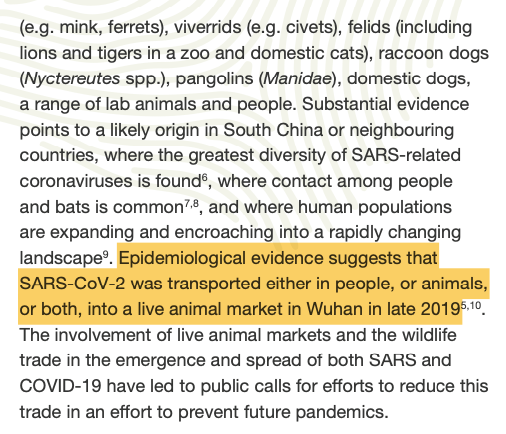 I hope that the Chinese member of the workshop, Qiyong Liu of the Chinese CDC, has not been 'rectified' for allowing such heresies to appear in an official report (even if all serious scientists actually agree that the first cases were at the latest in November)

Anyway, it was just a little warming-up for the WHO report which clearly was much better managed. 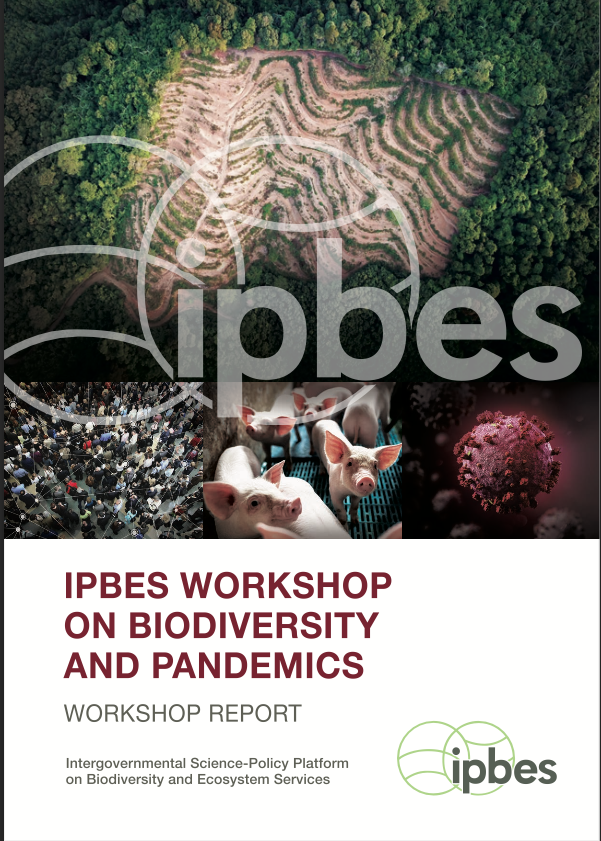