Just par for the course.
Exactly the same happened after the very serious and repeated 2004 SARS-1 Lab Acquired Infections (LAIs) at the then very top P3 in China.

Wang Jianwei (王健伟), then director of the Viral Diarrhoea Department of the Institute of Virology (Beijing), received an administrative sanction for his role in the LAIs. 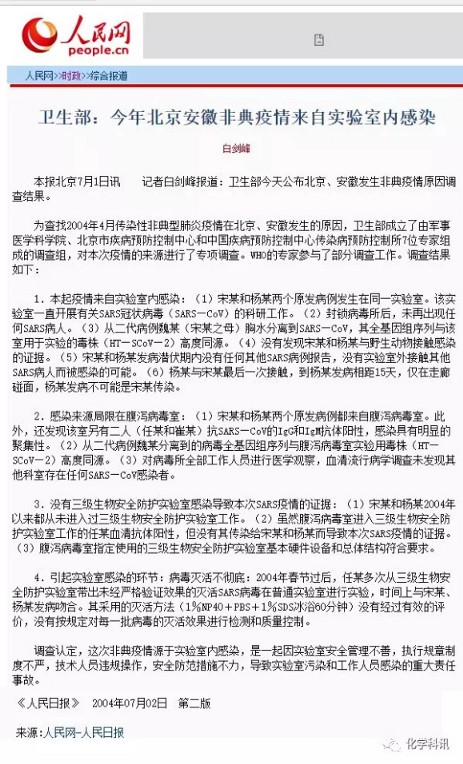 His lab was badly managed, running at 3 times capacity with students not properly qualified in biosafety.

Anyway, he quickly moved to Merieux in Beijing before being appointed executive editor of Biosafety & Health magazine. 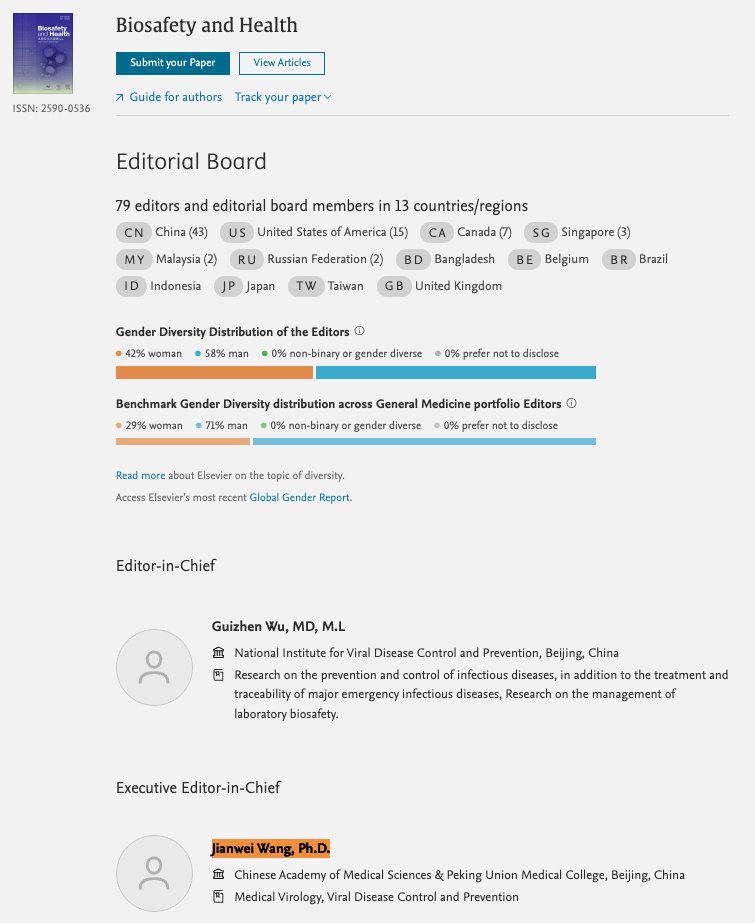 As it happens, David Franz is Associate Editor in Chief of the magazine. 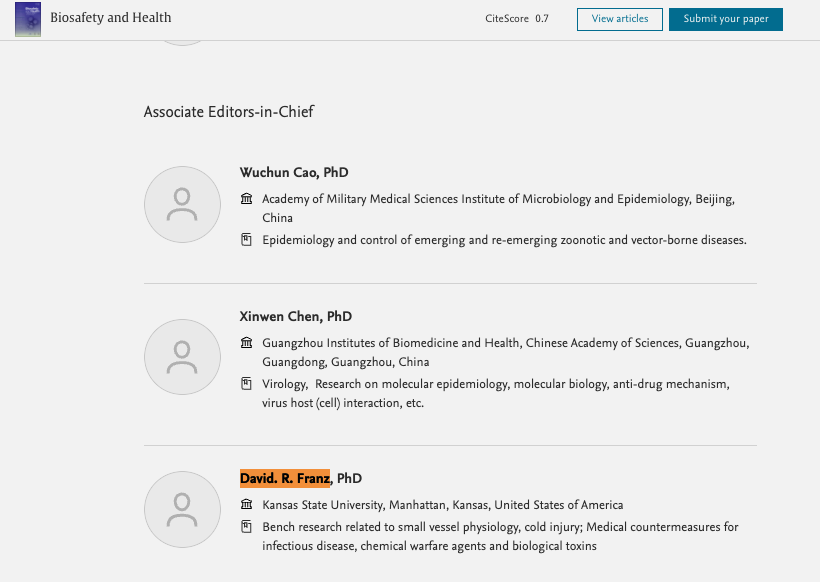 Wang also produced a manual on laboratory biosafety. Here is a lab biosafety presentation he did in 2012.

It may help that he is also a member of the Standing Committee of the Party and a protege of (untouchable) academician Hong Tao. 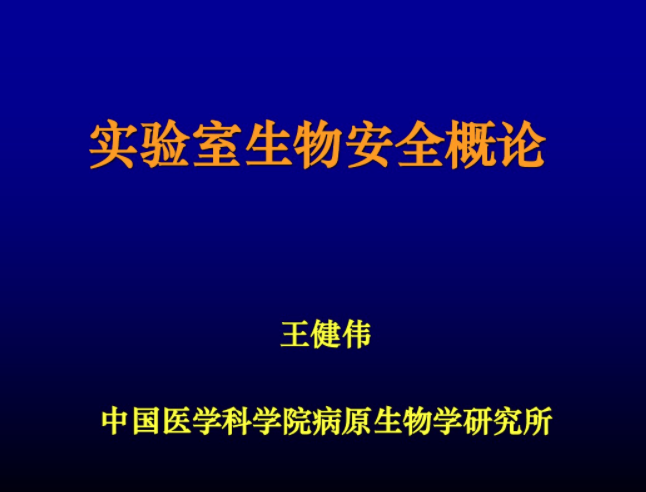 Here is an article in the Journal of Biosafety and Biosecurity from Mar 2019 which he co-authored.

He briefly mentioned the 2004 leaks (for which he was sanctioned), but not the role he played in them.

In the same vein, Dong Xiaoping (董小平) was at the time deputy director of the Institute of Virology.

He received an administrative sanction for his role in the LAIs with Wang Jianwei and Ruan Li (阮力), the director of the Institute.

That certainly did not hurt him.

He is a member and chief reviewer of the Biosafety Professional Committee of the National Accreditation Committee of Chinese Laboratories!!

He is also co-director of the Chinese CDC (#2 effectively). 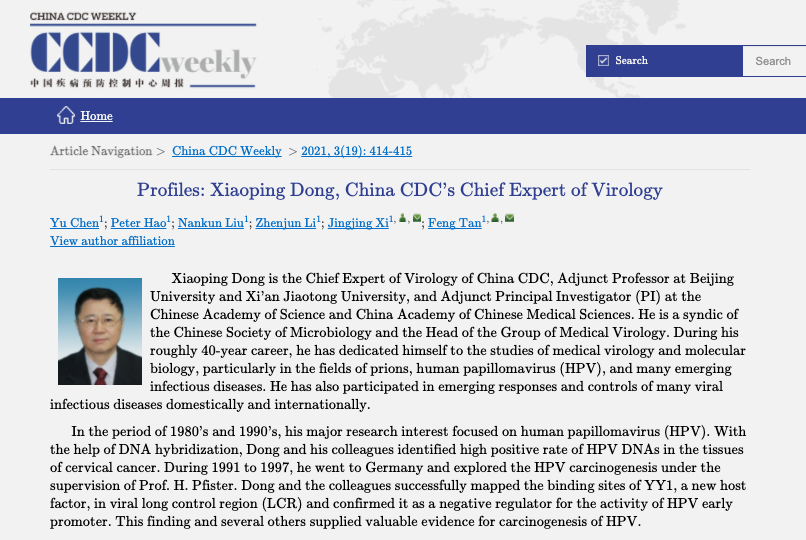 In February 2020 he became an expert of the “WHO-China Coronavirus Disease Joint Expert Investigation Group” and was part of the February 2020 joint-mission as #2 on the Chinese side.

A position which he used to convince the WHO experts that a lab leak was near-impossible.

Based on this, I tend to agree with Yi Ming's analysis
(The problems of Chinese academia and their way out, Jul 2004 (亦明, 中国学术界的问题及其出路)) 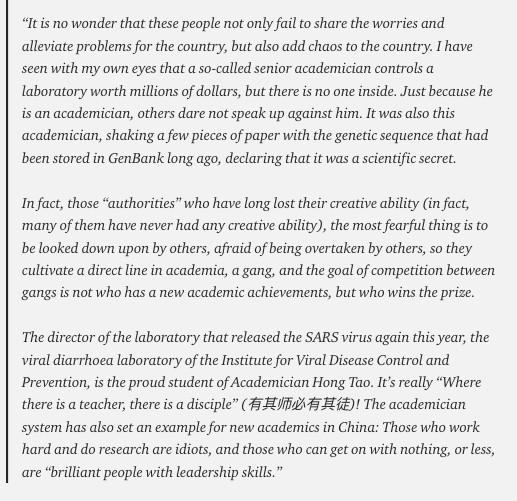 For more on these cases, see:
gillesdemaneuf.medium.com/the-good-the-b…