This Global Times reporting about the likely Taiwan Lab Acquired Infection is rather surrealist.
It manages to blame Taiwan for being transparent while never mentioning its own much worse record both in biosafety and in transparency.
globaltimes.cn/page/202112/12…

Let's start by the SARS-CoV-2 Lab Acquired Infection at the Beijing institute of virology in Early 2020.

China - true to form - never reported it. What did you expect?
That's typical - instead of transparency you get a cover up. 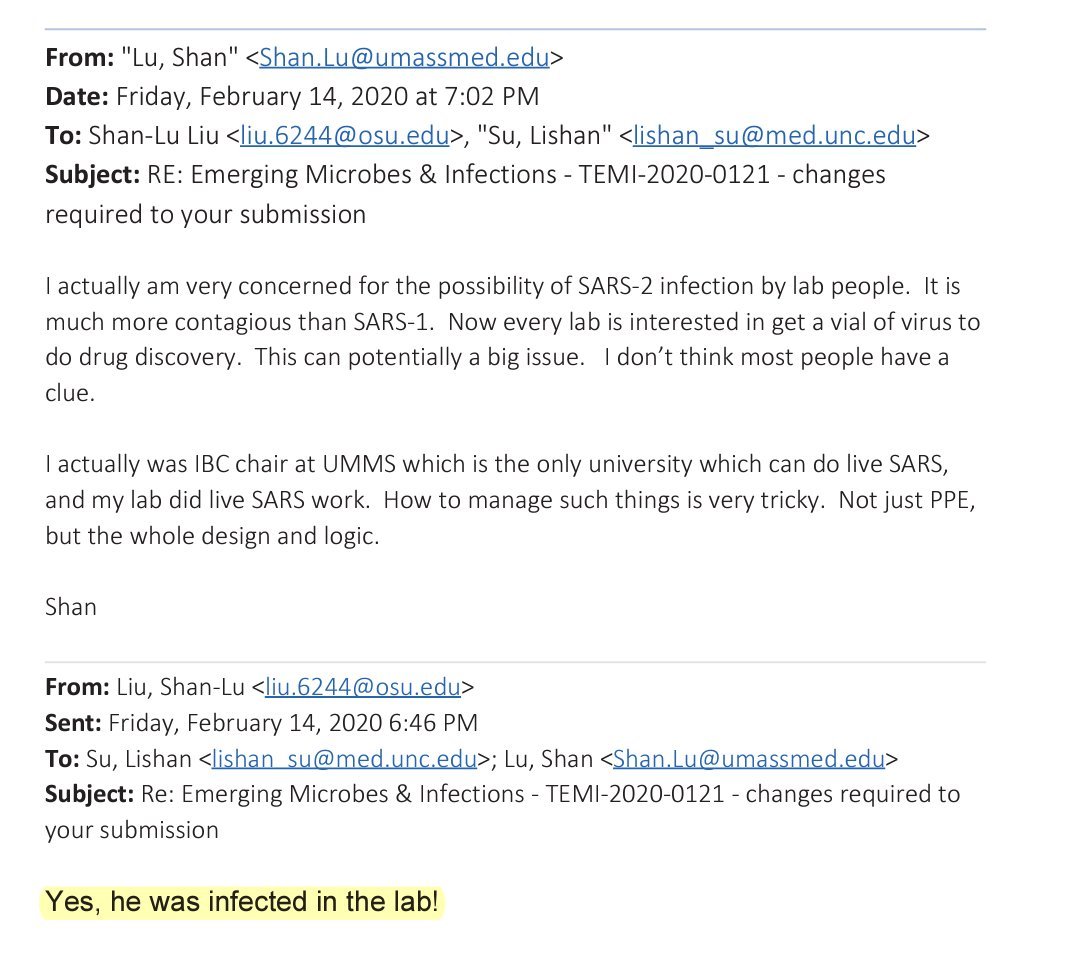 'Feng Gao is my 师兄 [partner] in 病毒所 [virology]. We were from the same lab where my former director has now been infected by SARS CoV 2! Very sad but he is doing OK!'

'Yes, he was infected in the lab!'

Neither does the Global Times article mention the 4 primary cases, one death, 11 infections, 1,000 people put in isolation during the 2004 Beijing-Anhui SARS outbreak caused by very poor biosafety at the very same Beijing institution.
gillesdemaneuf.medium.com/the-good-the-b…

The whole episode showed completed disrespect for basic biosafety, a likely cover up of the first two lab infections in February 04 (once again!), the WHO being kicked out of the investigation (sounds familiar?).

And much more in a comedy of error and mismanagement.

With, as you may expect, no real sanction.
Academicians are well protected and China does not want to look bad.

Just hide the truth (no mention of that SARS sample fridge in the corridor outside of the lab please!), kick the WHO out, and all will be fine. 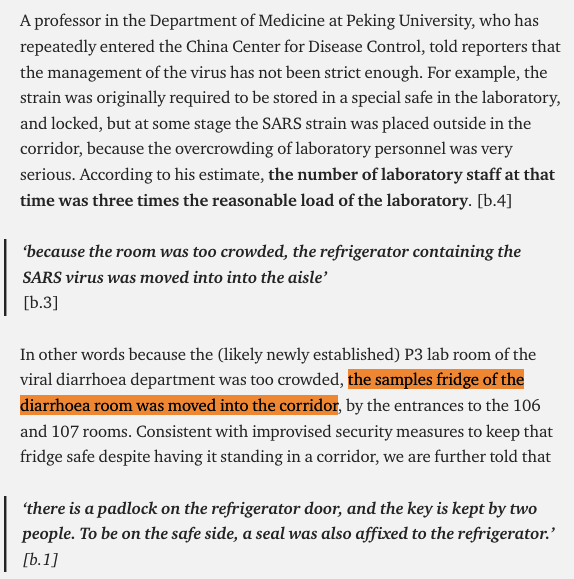 The only thing that China learnt is that they can tell the WHO to go on a hike.

A lesson that turned out to be very useful with SARS-CoV-2.

I particularly liked that part of the Global Times piece:

Wang Jianwei, who was officially sanctioned for his incompetence in the Beijing lab leak, was later appointed executive editor of Biosafety & Health magazine and produced a manual on laboratory biosafety! 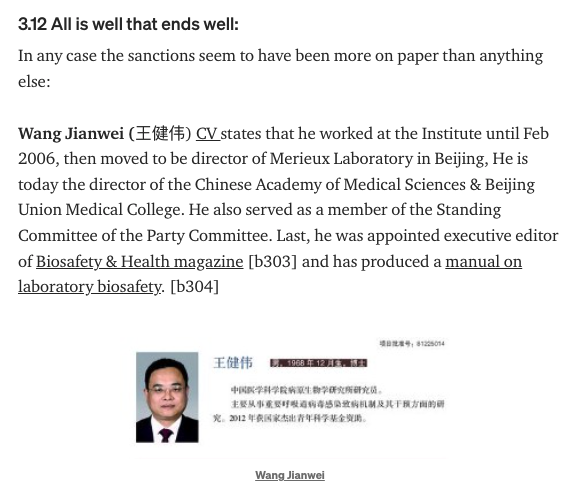 You can't make that up!

Wang Jianwei (王健伟), the director of the Viral Diarrhoea Department of the Institute of Virology which leaked 4 times due to ignorance of basic biosafety rules, later wrote a Biosafety Manual and became a biosafety expert!
wenku.baidu.com/view/1caa67416…

Anyway that is just the beginning.

Dong Xiaoping who was also sanctioned for his role in the Beijing leaks, is today one of the top CDC experts, with important biosafety roles.

He certainly knows about leaks.. 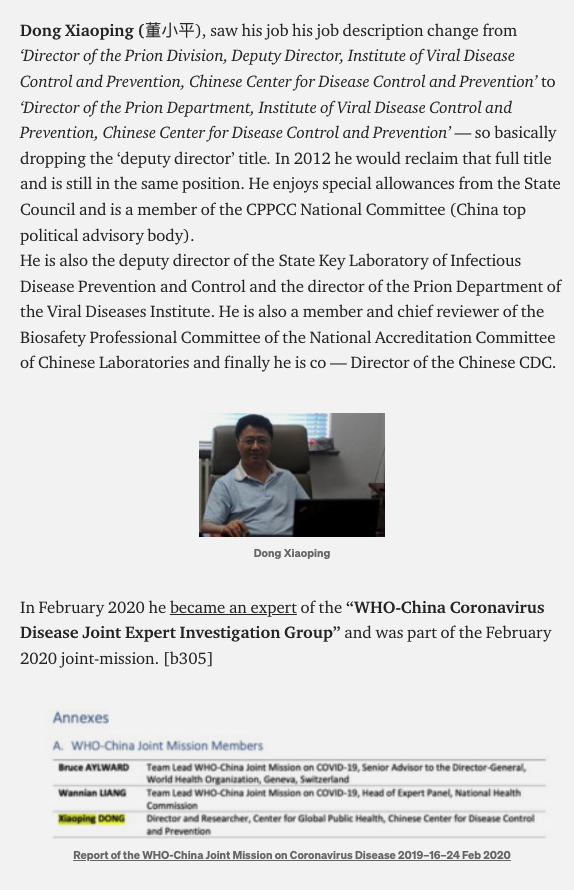 Anyway, as for the state of biosafety in China today, it is only as good as the weakest link in the chain.

And with so many new labs and a dearth of trained professionals, a constant rush to to publish, a high number of students in these labs...

Also there won't be any proper biosafety management as long as China does not have the courage to report and investigate lab accidents properly.

That requires a culture change.
gillesdemaneuf.medium.com/evaluation-of-… 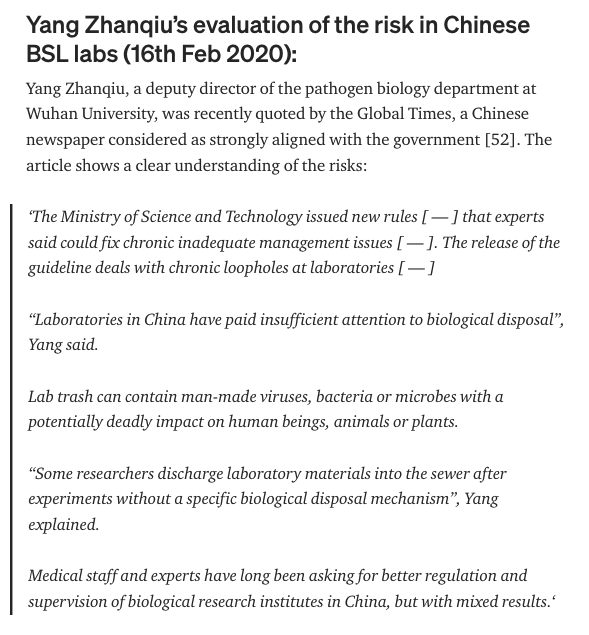 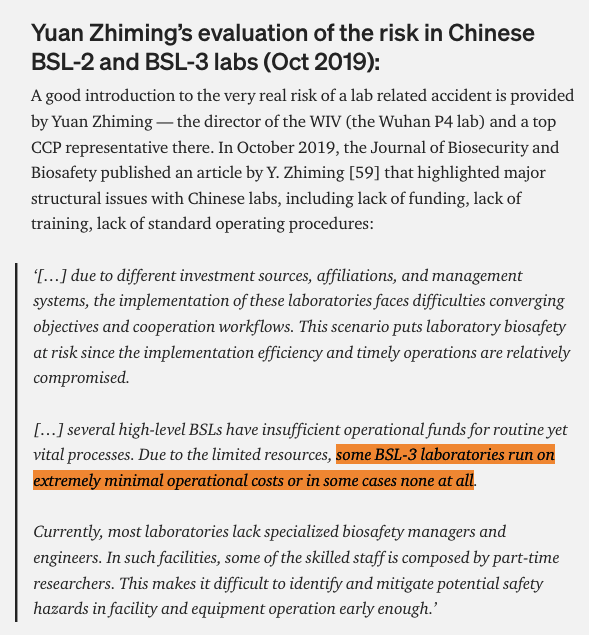 For a more detailed review of lab and research related accidents in China see also
researchgate.net/publication/35… 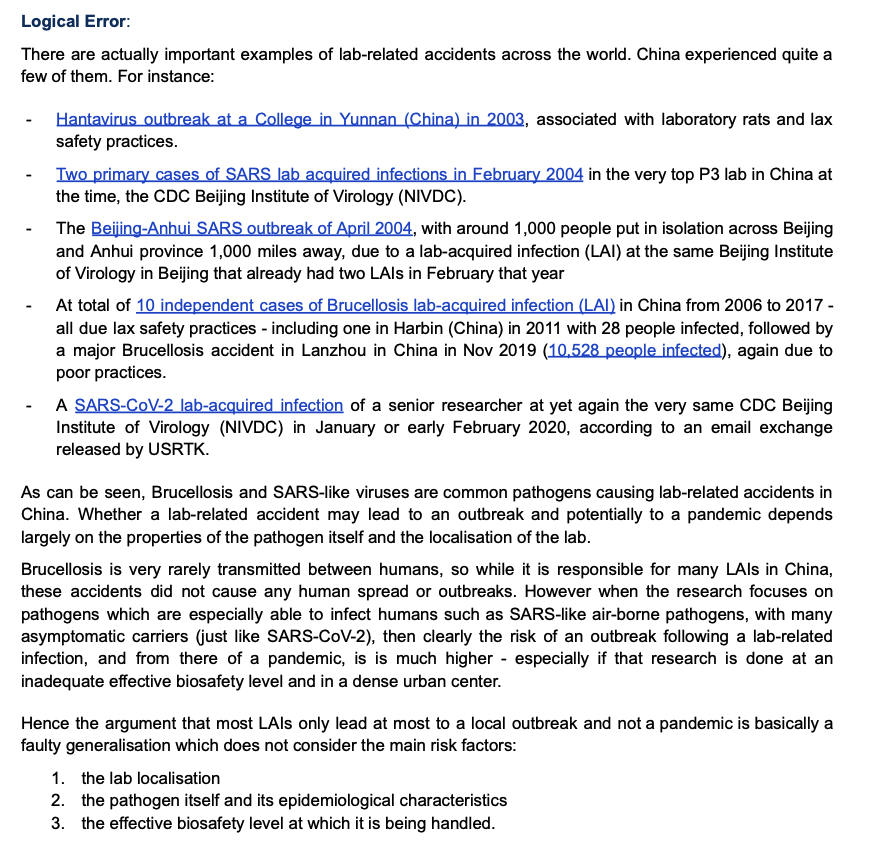 This one was actually investigated by Shi Zhengli herself:
sciencedirect.com/science/articl…

This one is remarkable: 10,528 people directly infected over months of exposure (from a vaccine plant).

Then you have a bunch of lab-related brucellosis infections:
sciencedirect.com/science/articl…