Letters which have not been made public (why?) but for which HHS arranged an 'in camera' review of printed copies by a bipartisan Committee, at HHS headquarters on Oct 5 and monitored by HHS staff. 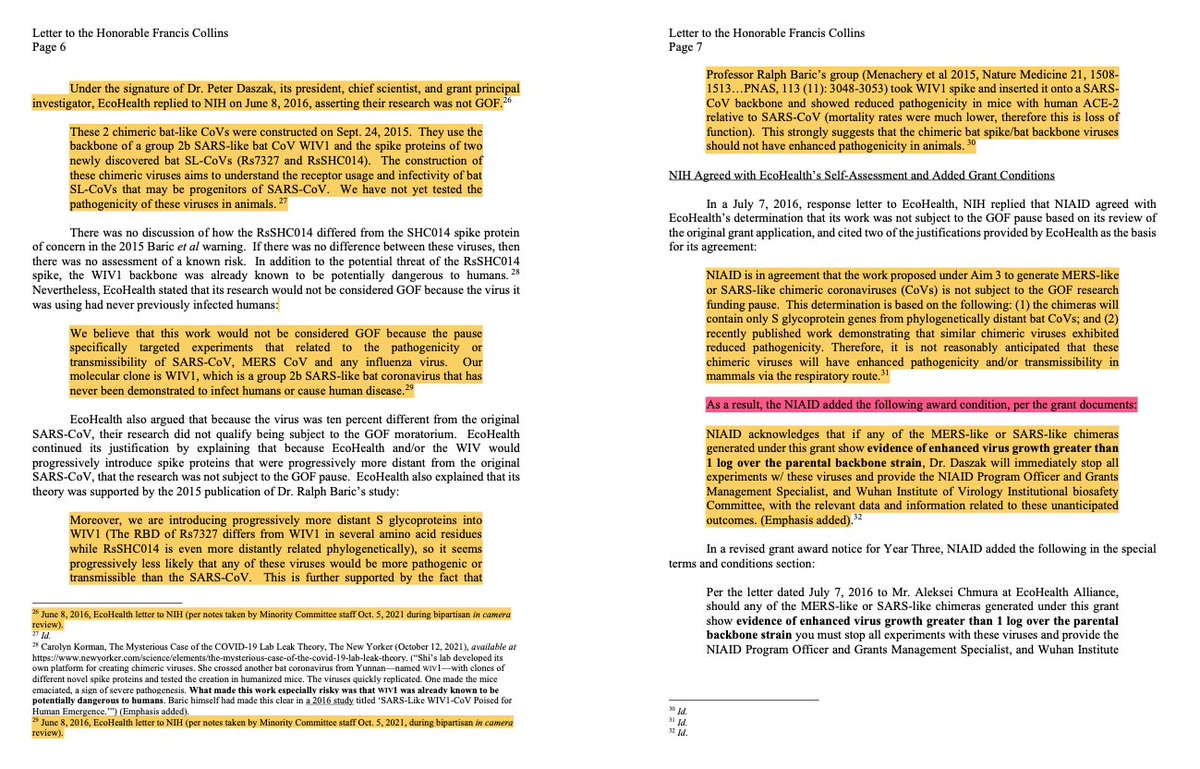 What they show is how easily EHA argued that their research objectives did not constitute GoF, against the initial concerns of the NIH.

They got way with it on rather specious grounds.
No proper risk evaluation, instead a focus on arbitrary definitions which used and abused give an easy free pass.

(Thanks God, nuclear power stations are not managed with such casuistic principles - or we would all be long gone).

Anyway EHA was able to proceed. 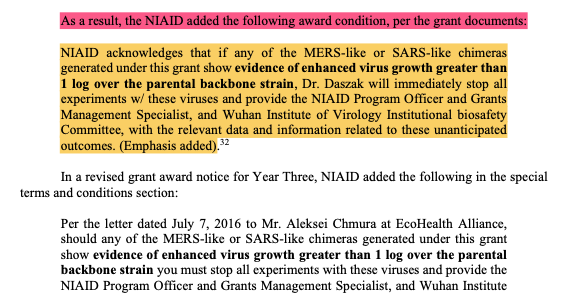 Clause which was then just ignored.

Neither EHA nor the NIH paid attention to it when despite all the windy reassurances of EHA, spike experiments with SHC014 produced more than 3 logs of comparative growth (x1000, well beyond the limit of x10).

The whole thing then degenerated into a comedy, with EHA filling with 2 years of delay that year 5 report that briefly mentioned the 3 logs experiments.

And then adding that they had tried to report it on time in 2019 but that NIH systems did not work.

Fauci has previously stated that:

"the benefits of such experiments [--] outweigh the risks. It is more likely that a pandemic would occur in nature, and the need to stay ahead of such a threat is a primary reason for performing an experiment that might appear to be risky."

But it may be time to remind him of what he wrote next to that statement, because it seems that it has totally forgotten about it:
ncbi.nlm.nih.gov/labs/pmc/artic…