Out of a lack of analysis, likely aided by an authoring bias, @honigsbaum has produced a damp squib, when usually his writings are much better.

The opening sets an unfortunate political tone, which is rather trite and totally unnecessary, unless Mark aims to please a political tribe instead of going through a rigorous review:

Is Matt now guilty of being born?

Very fancy ideas about hereditary responsibility here for a science writer. The last time this was fashionable it did not work out very well.

Seriously, it's better to abstain from taking cheap political swipes at someone.

Then we get the predictable '...best known for his sceptical writings on climate change'.

You do not have to be a climate change denier (and I could not be further from that) to note that this is a cheap 'framing' trope at the very start of a review.

Now the book is not about climate change - so this is rather a silly trick of the reviewer's trade.

By the way, if the same all-or-nothing criteria was applied to the Chinese government, given all its lies and abuses, Mark should not ever believe anything that China says.

Then Mark happily resorts to a strawman argument, focussing on only one research-related scenario, the one of a manufactured virus.

This is a complete reduction of a range of plausible research-related scenarios that include a sampling infection and natural viruses in a lab. 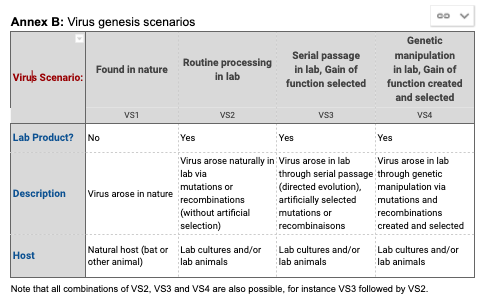 Is that laziness or another cheap trope?

This is compounded by yet another strawman argument on whether RaTG13 could be a SARS-CoV-2 progenitor.

Very few people argue that point. As explained before, RaTG13 is interesting for other reasons.

All this slow gradual buildup, punctuated by various tropes, then delivers a complete damp squib when Mark eventually wreaks his boat on some basic logical mistakes.

So the Laos finding 'suggests it most likely emerged naturally'. 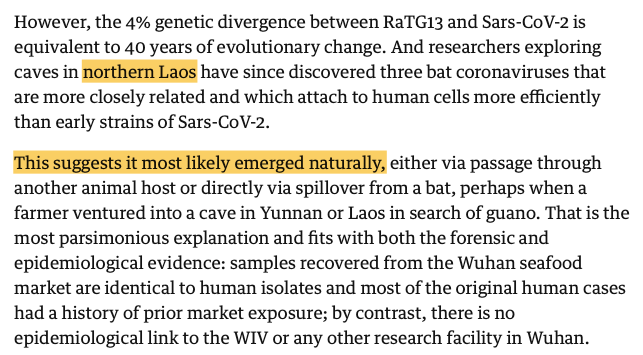 An absurd reasoning since ALL research-related scenarios (sampling accident, natural virus escape, escape of a construct) suppose that the virus (or its backbone) is present in nature!

Where is common sense gone?

And all the more a suspicious reasoning since it completely fails to explain how that virus ended up triggering a breakout in Wuhan AND NOWHERE ELSE.

Clearly Mark has problems grasping the probabilistic consequences of the location exclusivity argument.

While at the same time we now know that EHA was planning to sample in Laos in 2017-19 and send everything to the WIV.

Mark should acknowledge that the Laos findings do not move the needle and are perfectly consistent with zoonotic and research origins.

So much for the 'most parsimonious' 'farmer [who] ventured into a cave in Yunnan or Laos in search of guano'.

I guess that the farmer went shopping in Wuhan as many must do.

And. God forbid!, he certainly did not meet a WIV sampler in his village.

As for the 'epidemiological evidence' Mark goes fully in, with his claim that 'most of the original human cases had a history of prior market exposure'.

Actually no.
3 of the 4 earliest official ones had none. And we now nothing of all the November cases that China has hidden. 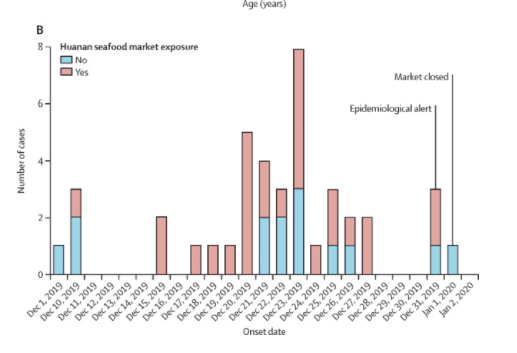 In any case, the earliest official case (Mr Chen) - whom China could not hide because it became the case reported by the Ai Fen and Li Wenliang - lived in the urban district closest to the WIV and shopped locally at a modern supermarket.

Even the Chinese did not believe the wet market story, starting by Chinese scientists who published a very good paper on the 21st Feb 2020.

Did you check that paper @honigsbaum ?

Even Gao Fu, the Oxford-educated director of the China CDC, eventually conceded that it was most likely just a superspreader event.

Did you miss that @honigsbaum, or where you too busy fixating on hereditary peers?
globaltimes.cn/content/118950…

To make things worse Mark doubles up with the now totally discredited story of pangolins as potential intermediary species.

For your info Mark, the outspoken HK virologist Yi Guan recently asserted that the pangolin story was disinformation and that the research-related accident was on the table.

How do you deal with that?

Mark then heads again for the rocks, this time the rocks of the triply false generalisation:

"No major pandemic has ever been traced to a laboratory, whereas history is littered with examples of pandemics that began as transfers of viruses from animals."

By the way, I am actually quite amused to see how Mark took a swipe at Matt for being an hereditary peer, but subscribes to a faulty 'hereditary' views of pandemics without applying any logical filter.

Matt closes his review with another cheap trope of the writer, basically the closure on the Climate Change theme labored in the opening:

"far more urgent and compelling story of how the trade in wild animals, coupled with global heating and the destruction of natural habitats"

Which is obviously another way to try to frame Matt (and poor Alina) as Climate Change deniers, and have the readers reach for the sick bag.

Seriously, that Guardian review was very poor and Mark should do better.

Great addition to this thread, by @ianbirrell