Let's get a few things clear about this declassified ODNI assessment (ODNI: Office of the Director of National Intelligence) :
washingtonpost.com/national-secur…

First as is written on page 2:
"This assessment is based on information through August 2021."

In other words it does NOT include any information that has come up since the summary assessment of 26th Aug 21.
dni.gov/index.php/news…

In particular it does not include the DEFUSE revelations (especially about the FCS).

Or the latest revelations that show that GoF on BatCoVs was indeed happening within the WIV.

It is based on data frozen in time - nothing new since the summary report: dni.gov/index.php/news… 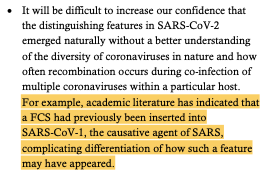 In a way it is rather misleading to publish such a declassified assessment without including the latest information available.

What I would instead expect is an updated assessment.

There is at least one factual error, which is a bit surprising: 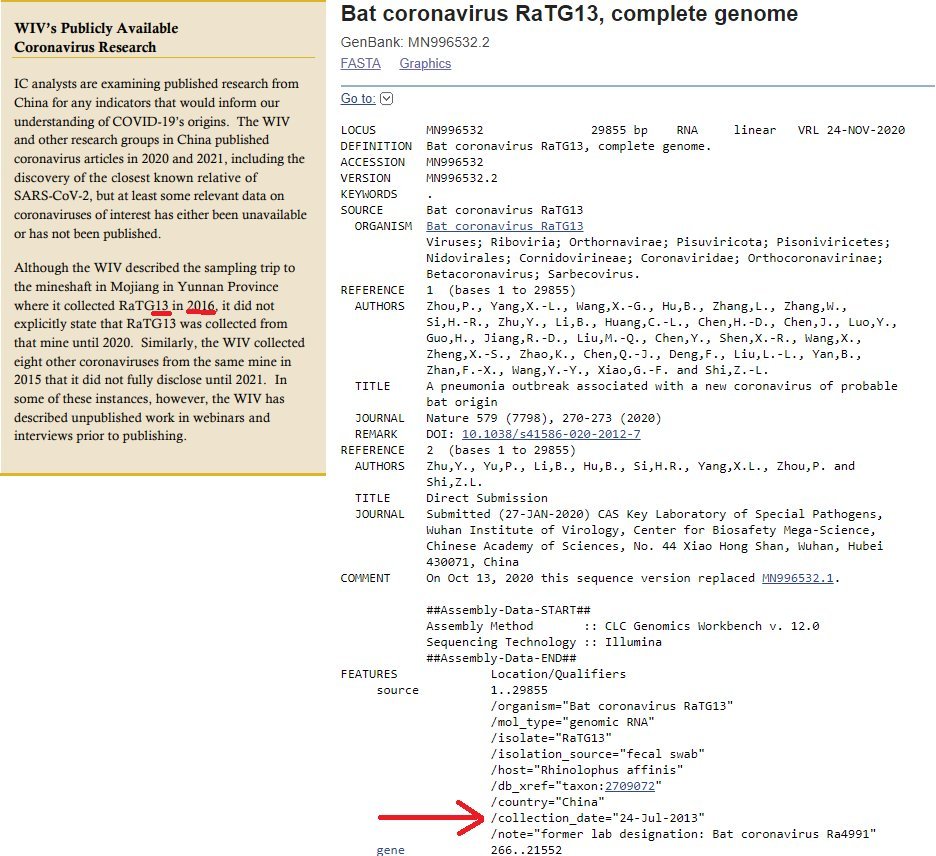 There is also a rather surprising logical error - which has no place in an intel report (@dasher8090).

The reports uses naive probabilities instead of properly conditioned ones:

Wuhan is just one of 100+ cities in China with more than 1mln inhabitants, wet markets and transport links.

- but close to 100% of Wuhan laboratory workers infections during a field sampling trip WILL result in a first breakout in Wuhan. 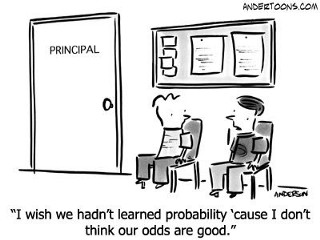 The error is repeated in the next paragraph, which again ignores that the first breakout was very clearly in Wuhan.

Additionally the logic there ignores the equivalent chance of asymptomatic field sampler or lab worker.

It's rather sloppy intel work, or a badly worded doc.

All the more surprising that the asymptomatic researcher point is correctly made later in the report:

Last, one of the statements may unfortunately lead to people mixing up a distance argument with the location argument.

The point below is only about complicating the search for a zoonotic spillover. It does not affect at all the validity of the Wuhan location argument. 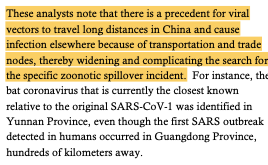 The Wuhan location argument is not a distance argument. It is a location of first breakout argument - basically an exclusivity argument.

One intel agency got it right and correctly concluded that a research-related accident was more probable than a zoonosis: 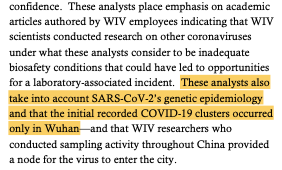 Not only that but they also noted the key point that:
"WIV researchers who conducted sampling activity throughout China provided a node for the virus to enter the city."

This is exactly what I highlighted many times before.

A bit of logic and analysis work is all you need - but I am surprised to see that many of the intel agencies did not pick it up.

Overall my impression is that some intel agencies did a bit of a superficial work not thinking this through in probabilistic ways.

Also the form of the document makes it a bit disjointed - it's a summary of positions, not an intel briefing that would formulate a cohesive view.