Just stating the obvious that THE FIRST CASE WAS NOT IN DECEMBER exposes the mendicant analysis of that recent piece, which feeds of the scraps of data left by China and then props itself up on odd logical shortcuts.

One could hardly think of a more conflicted sentence than this one for instance:

First, if indeed Mr Chen was infected during his hospital trip on the 8th Dec (as he suspect may be the case), then the whole logic implodes.
@MichaelWorobey

It would mean that Jinxia, about 28km away from the market, had community transmission in hospital setting by the 8th. 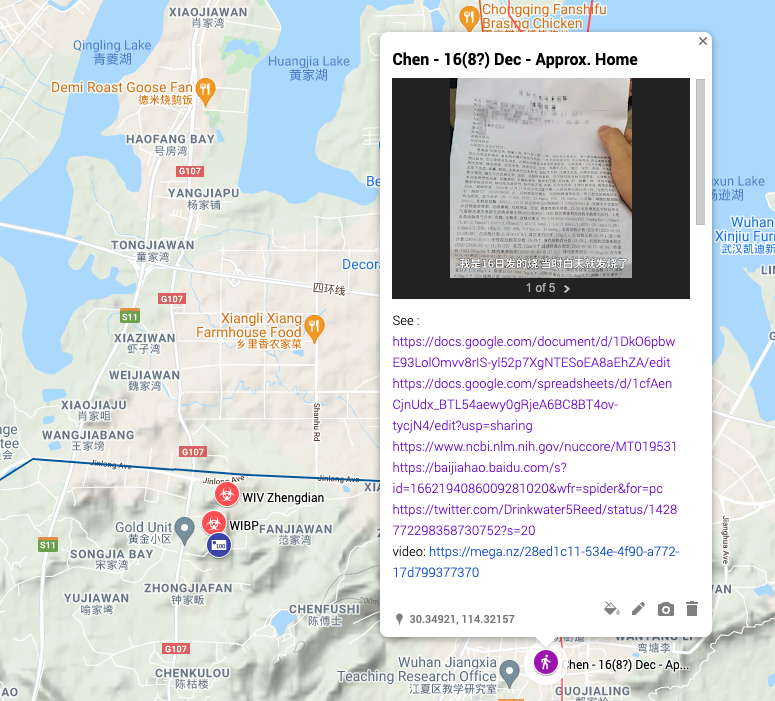 Secondly even if the 16th Dec is the correct onset date, there is no link whatsoever between that case and the Huanan market.

If you still believe that the 11th Dec is now the first 'official' case, then for the virus to pop up in Jiangxia you need many more cases in the city. 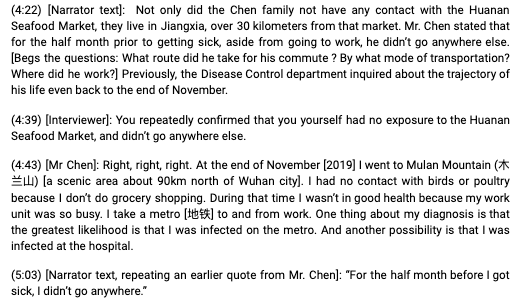 Which means that, again, the logic implodes on the presence of Nov 19 case (further backed by epidemiological and molecular logic, plus obviously the leaked Nov cases in the SCMP).

Secondly, there is a mistake in the piece:
"He travelled north of Huanan Market shortly before his symptoms began".

Actually he says that he went to a scenic area (Mulan Mountain) 90km north of the city at the end of Nov 2019. 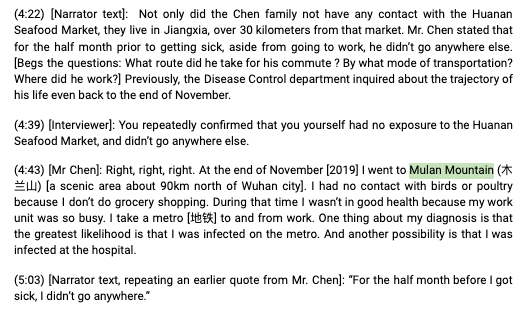 And he is clear that he had zero contact with the market.

He basically suspects either an infection when going to the hospital on the 8th (28km away from the market but a few km from the WIV) or an infection on line #2 of the tube.
Both suppose many more cases, inc. Nov. ones.

And the line #2 connects the two possible ground zeros:

- One centered on 'WIV + Wuhan ABSL-3 + PLA Hospital + Hubei Hospital of Zhang Jixian + Wuchang hotspot' with many hints of early cases, including Nov ones.

- One centered on the CDC lab and Huanan Market, with Dec cases. 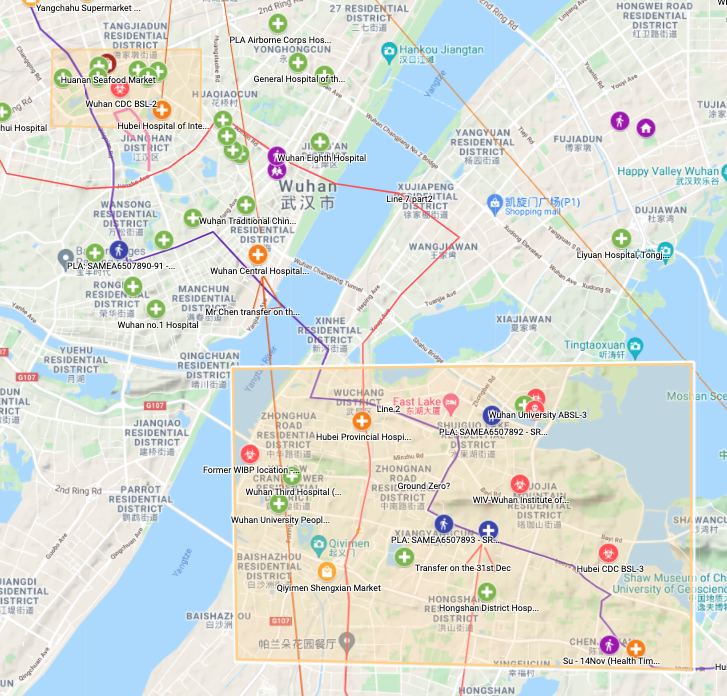 By the way Zhang Jixian is a CCP member, and was largely used by the CCP as a way to deflect interest away from Ai Fen.

It would be better to reflect on this @MichaelWorobey before mentioning her (and wondering why the hospital is 'not mentioned by name' in papers). 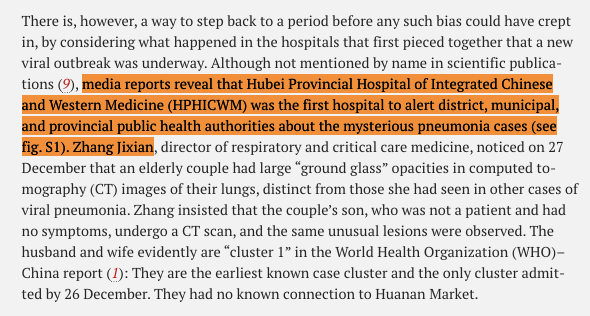 Instead of rushing to conclusions, please get in touch, share your ideas, discuss them @MichaelWorobey.

I really don't care if you think that a research-related accident is only 20%.
As long that we agree that it is anywhere between 20% and 80% we can all work better together.