“Any samples or results from Laos are based on WIV’s work, funded through other mechanisms,” says a [EchoHealth Alliance] spokesman.‘
newsweek.com/how-dr-fauci-o…

Because - guess what - that's exactly what Alexei and Daszak were telling the NIH would happen:
"Samples will be collected by either our current China field team personnel working directly with our collaborators in these countries or by respective in-country personnel"

And they will be no extra expense under the grant, since it will be done by collaborating partners and existing co-investigators:

"All efforts expended in the countries will be from collaborating partners and not funded under our award". 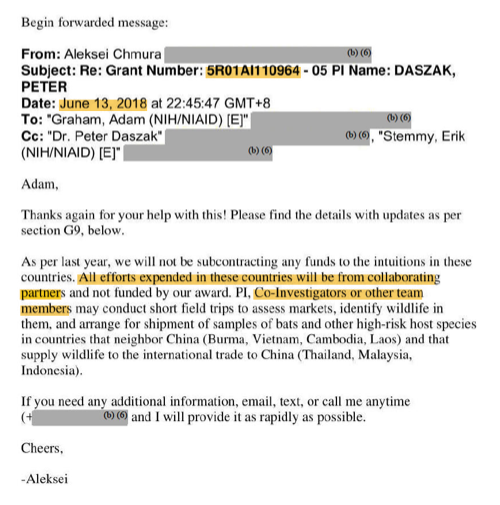 It's pasted all over their accepted request to go and sample bats in markets and in the wild (free-ranging), in Laos. Myanmar, etc.

With the effort undertaken by 'collaborating partners' and 'Co-invistigators' with their own funding. 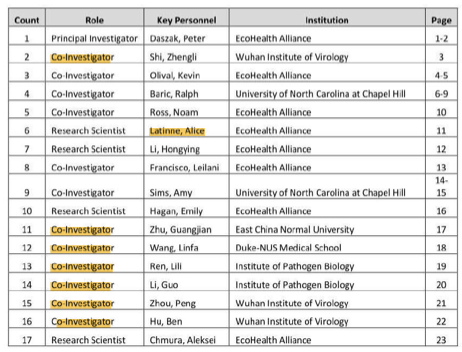 All testing done at the WIV too, so that
"There are no planned in-country costs associated with these foreign sites."

Makes it easier to re-scope the grant half way through without having to discuss money.

And the Chinese field-team (WIV + East China Normal University) already has great contact in these countries: 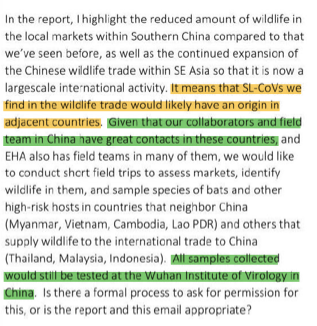 So if the WIV ever sampled there as part of the R01Al110964 grant that has nothing to do with EcoHealth Alliance. Somehow.