My quick notes on the rightly rejected DEFUSE project.

First DARPA did the right thing.

The project seems incredibly risky, very arrogant, and doing it with China makes little sense in the stated context of protection of the US troop deployed in Asia.

How could EcoHealth alliance hope to pull that one? 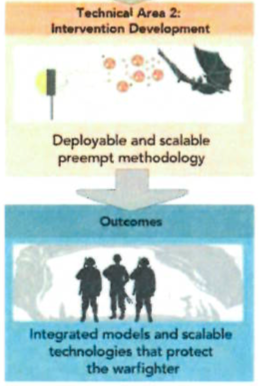 Wisely DARPA only selected teams from the US, UK, Australia (the Five Eyes without NZ & Canada), Estonia (a strong ally) and the Pasteur Institute for its reach in Africa and South East Asia.

No Chinese team there.

These are mentioned both only once in the proposal and in a paragraph that simply dismisses them.
Quite amazing when partnering with China, especially for DURC.

DARPA saw through that. 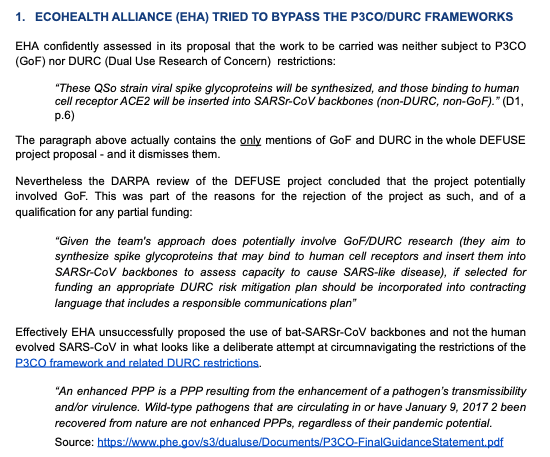 Amazingly EHA asked Baric for a bit of a DURC wording only 4 days before the deadline for the proposals.

So much work put in it!

Then under that proposal EHA (meaning the US taxpayers) would have paid half of Shi Zheng Li salary for two years - and a quarter for Peng Zhou and Ben Hu.

Now for comparison under the grant for 'Understanding the Risk of Bat Coronavirus Emergence', SZL was not being paid.

Given that there is no DURC risk management plan, I find that totally galling.

But that's not all. Shi Zheng Li (plus 1 WIV) was also to be invited at DARPA headquarters in Arlington for a kick-off meeting.

Another rather arrogant display is that the proposal keeps talking about 'our sites in Yunnan' and 'our caves'.

Basically EHA + WIV seem to think that they own these places.

Or maybe they are signalling that if the US wants to work there, they'd better fund. 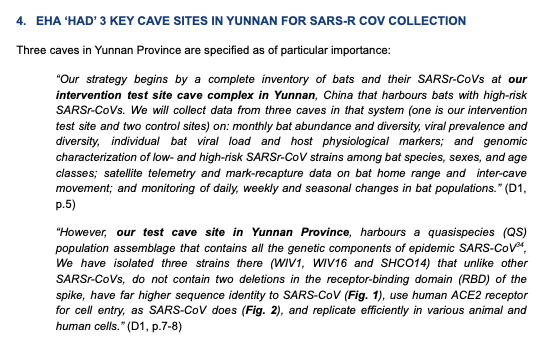 Then there is the frankly bat-carzy part:

With limited consideration for practical risks, ethical or social issues, EHA was proposing to broadly spray a Yunnan test cave with aerosolized vaccines.

Now when researchers do some intervention of that type, they are supposed to be careful.

See for instance this Nature paper where ~75 bats were inoculated then reintroduced in semi-isolated bat colonies on an island off the coast of Spain.
nature.com/articles/s4155… 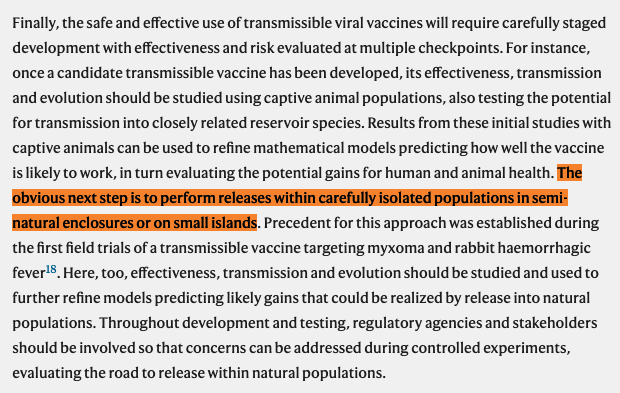 For good measure, the DEFUSE proposal has a measly 22-line section on Ethical, Legal and Social Issues.

This lack of ESLI wording was correctly flagged by DARPA.

The editing is so bad that the last sentence is interrupted mid-air (bad cut-and-paste):

And the wording seems to refer to Indonesia or the Philippines with its mention of bat consumption (very uncommon in Yunnan) and of 'cultural leaders' (tribe chiefs ?!!):

Then there is the fun work:

Let's do 3 to 5 chimeric viruses a year and test them to make sure they grow nicely in human cells:

Without forgetting to introduce human-specific cleavage sites, which would result in nice little viruses very well adapted to humans from day 1:

Obviously better have some diversity of backbones for that.
No problem - they will sample left and right in Yunnan.

Once you have a good consensus sequence, you can then synthesize the genome without having to isolate the virus.

And they propose that the WIV 'test[s] previously-collected human sera from Yunnan Province to assess SARSr-CoV QS spillover'.

Remember these 6 miners? Maybe we should sequence that genome?

By the way, SZL had to concede that RaTG13 was first sequenced in 2018. 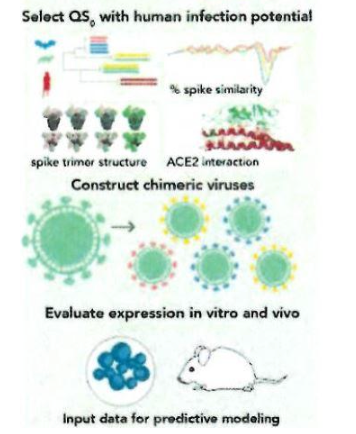 The good thing is that this project was rejected.

The bad thing is that China was likely already moving along these lines.
Typically these proposals solidify existing broad research objectives and capacities, as we can see from previous funded NIH grants. It's a two-way street. 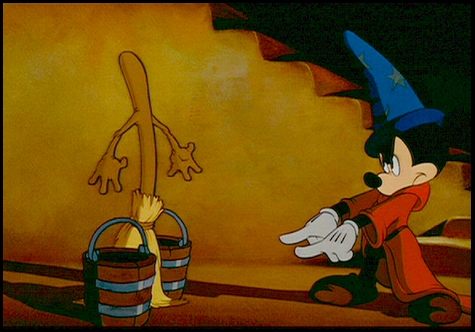 And in any case China did not need DARPA funding, especially for something which clearly has Dual Use Research potential.

As with so many domains, you can expect China to learn from the best existing practice, then to try to improve on it.

There it is, via @BillyBostickson:

A few months after the closure of the DARPA PREEMPT proposals, and just when the corresponding grants were starting to be allocated, Holmes, Andersen and Rambaut wrote an article in Nature very critical of the whole pandemic prediction approach:
nature.com/articles/d4158…

"Broad genomic surveys of animal viruses will almost certainly advance our understanding of virus diversity and evolution. In our view, they will be of little practical value when it comes to understanding and mitigating the emergence of disease."

"Making promises about disease prevention and control that cannot be kept will only further undermine trust."

"Supporters of outbreak prediction maintain that if biologists genetically characterize all of the viruses circulating in animal populations[--], they can determine which ones are likely to emerge next, and ultimately prevent them from doing so."

"Advocates [-] also argue that it will be possible to anticipate how likely a virus is to emerge in people on the basis of its sequence, and by using knowledge of how it interacts with cells (obtained, for instance, by studying the virus in human cell cultures)
This is misguided"

Andersen, Holmes and Rambaut wrote that timely critic of the Global Virome project and of the very kind of PREEMPT research (inc. human cells tests and modelling) in June 2018.

Andersen and Holmes would then express their origins concerns to Fauci on the 31st Jan 2020. 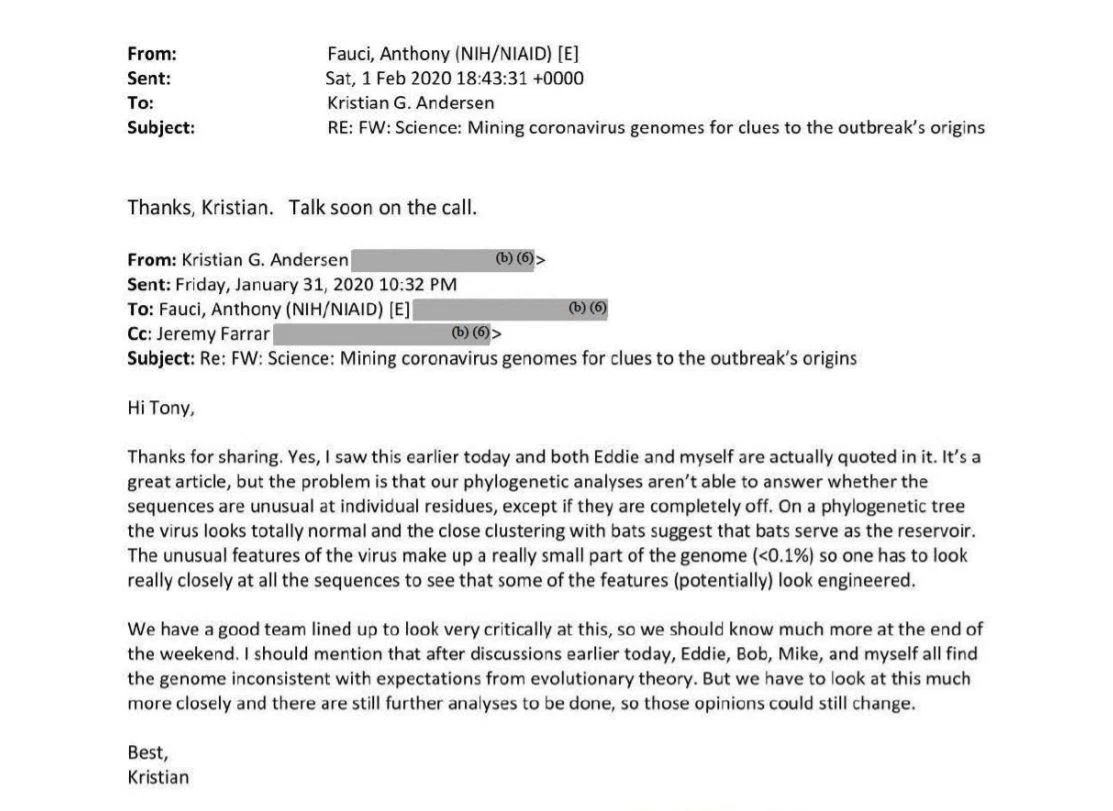 Four days later and after discussions with Fauci, Andersen and Holmes had moved from being suspicious about the genetic features of SARS-CoV-2 to an absolute certainty that it could not be a lab construct - describing such idea as 'crackpot theories'