It is worth listening to Nicholas Wade on this recent podcast.

You can start at 5:00 to jump past the introduction and commercial messages.

from 28:24, on Daszak's lack of transparency and fake protests:

"So in light of this knowledge it is very hard not to interpret his protests as being because he feared the very opposite. He protested that the lab leak was a ridiculous possibility because he knew it was not" 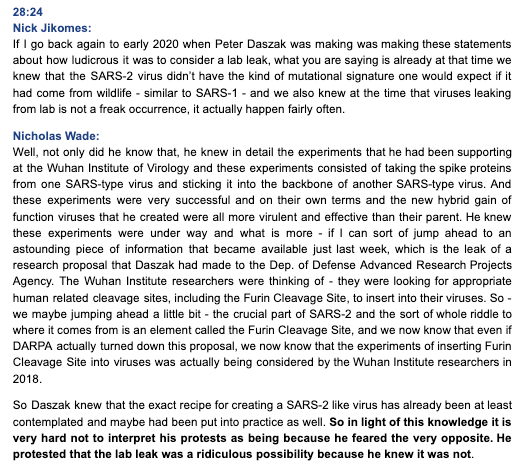 from 43:30, on Andersen's smokescreen and publication of the dogma in Nature Medicine in March 2020:

"And none in that circumstance is going to sort of stand up and say ‘This paper by Andersen and his colleagues is bullshit’.
No one said a word." 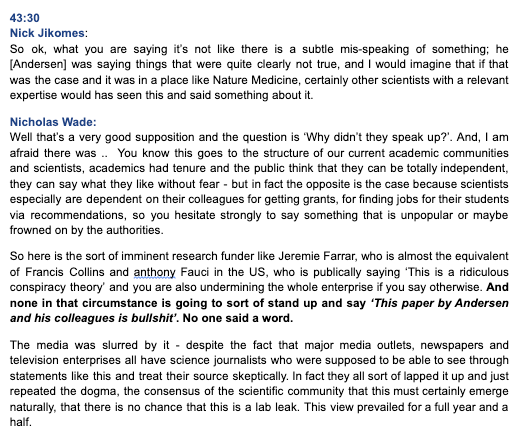 "They’ve been an enormously fruitful source of information and put our intelligence community to shame - it seems to me - who have not been able to make up their mind what on earth happened at the beginning of the epidemic."

The full podcast contains many more interesting passages, including a good description of Andersen 180 degrees turn on the origins in 48 hours (dressed up as a remarkable example of scientific method at play).

Quick transcript for the 3 sections above:
bit.ly/3DkyGDR