Good coverage in the Telegraph by @sarahknapton.
web.archive.org/web/2021092118…

"Papers, ***confirmed as genuine by a former member of the Trump administration***, show they were hoping to introduce “human-specific cleavage sites” to bat coronaviruses which would make it easier for the virus to enter human cells. "

Darpa refused to fund the work:
“It is clear that the proposed project led by Peter Daszak could have put local communities at risk”, and warned that the team had not properly considered the dangers of enhancing the virus (gain of function research) or releasing a vaccine by air"

"Angus Dalgleish, Professor of Oncology at St Georges, University of London, who struggled to get work published showing that the Wuhan Institute of Virology (WIV) had been carrying out “gain of function” work for years before the pandemic, said the research may have gone ahead." 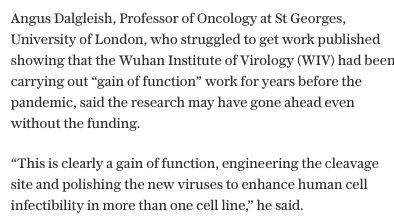 A Covid-19 researcher from the World Health Organisation (WHO), [..], said it was alarming that the grant proposal included plans to enhance the more deadly disease of Middle-East Respiratory Syndrome (Mers).

“The scary part is they were making infectious chimeric Mers viruses” 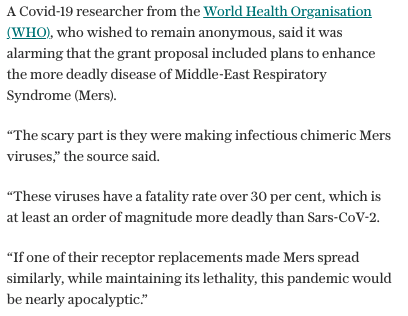 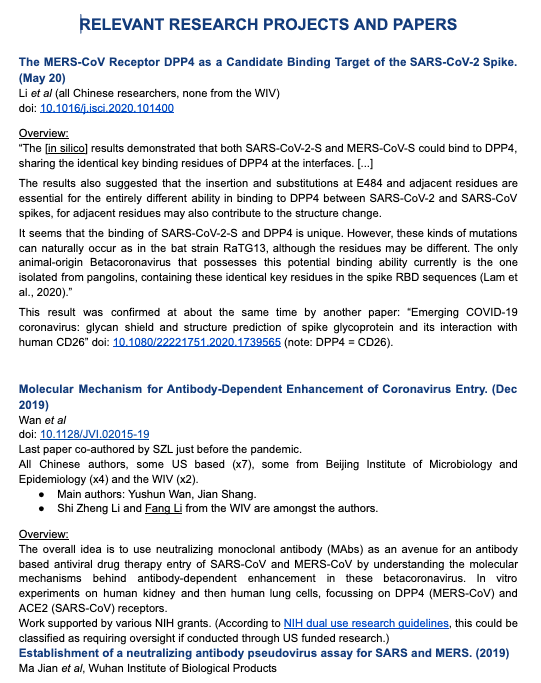 @mattwridley:
“Peter Daszak and the EcoHealth Alliance (EHA) proposed injecting deadly chimeric bat coronaviruses collected by the Wuhan Institute of Virology into humanised and ‘batified’ mice, and much, much more.” 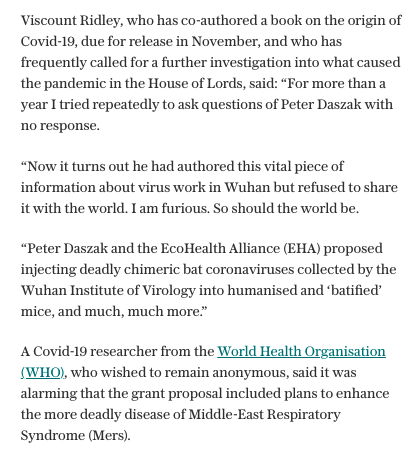 Virology is a noble discipline, but it urgently needs to be cleaned from some elements to keep going.

At this stage we need to ask for actions:
- subpoena Peter Daszak
- remove him from any origin work
- ask him to resign from EHA