"You don't write such applications out of the blue," says Martin Wikelski, Director at the Max Planck Institute for Behavioural Biology in Radolfzell. 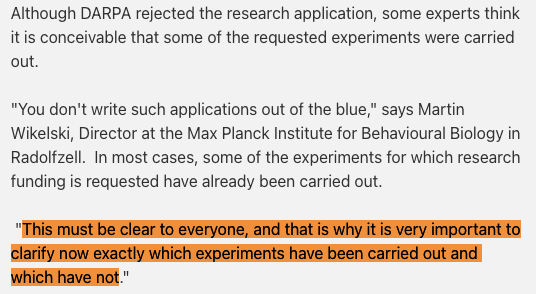 "It really worries me for the future that the experiments conducted were not classified as gain-of-function trials by the researchers," said Karin Moelling, Professor of Virology at the University of Zurich.

A big mistake was, for example, the declaration of solidarity by well-known scientists with their Chinese colleagues, which was published in the renowned scientific journal "Lancet" in February 2020 - and which, as is now known, was initiated by Peter Daszak of the EHA.

"If we as scientists start to stop thinking scientifically and questioning ourselves, but instead blindly protect each other, then we are digging our own grave," Wikelski said. 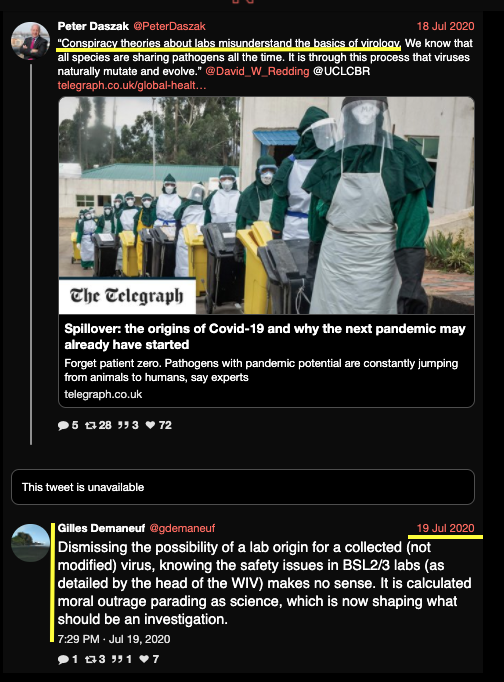 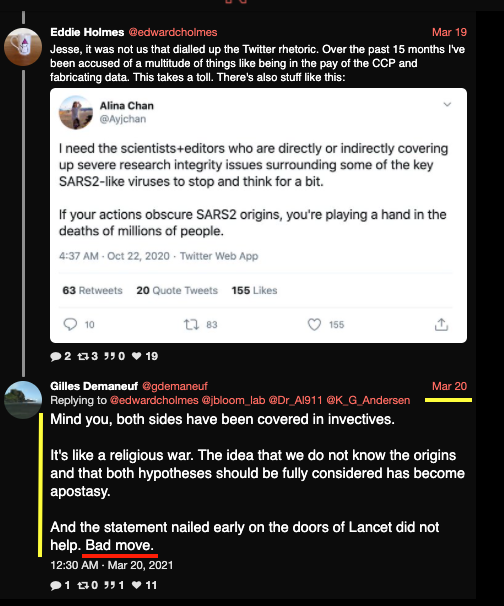 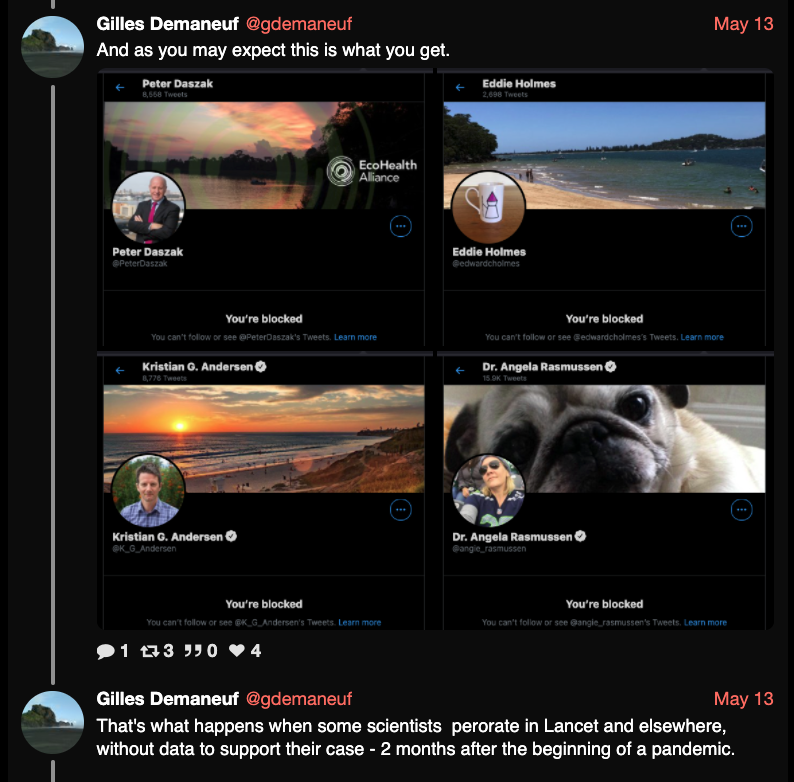 English translation of the article:
bit.ly/2XZp4iI 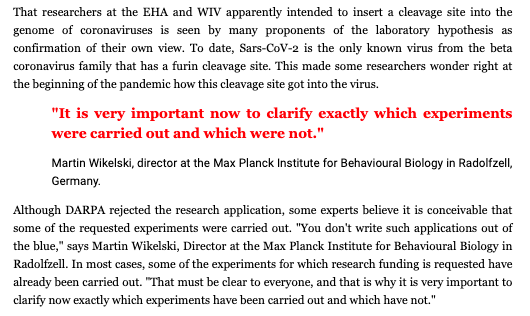