Note the complete contradiction in this Chinese piece of propaganda: 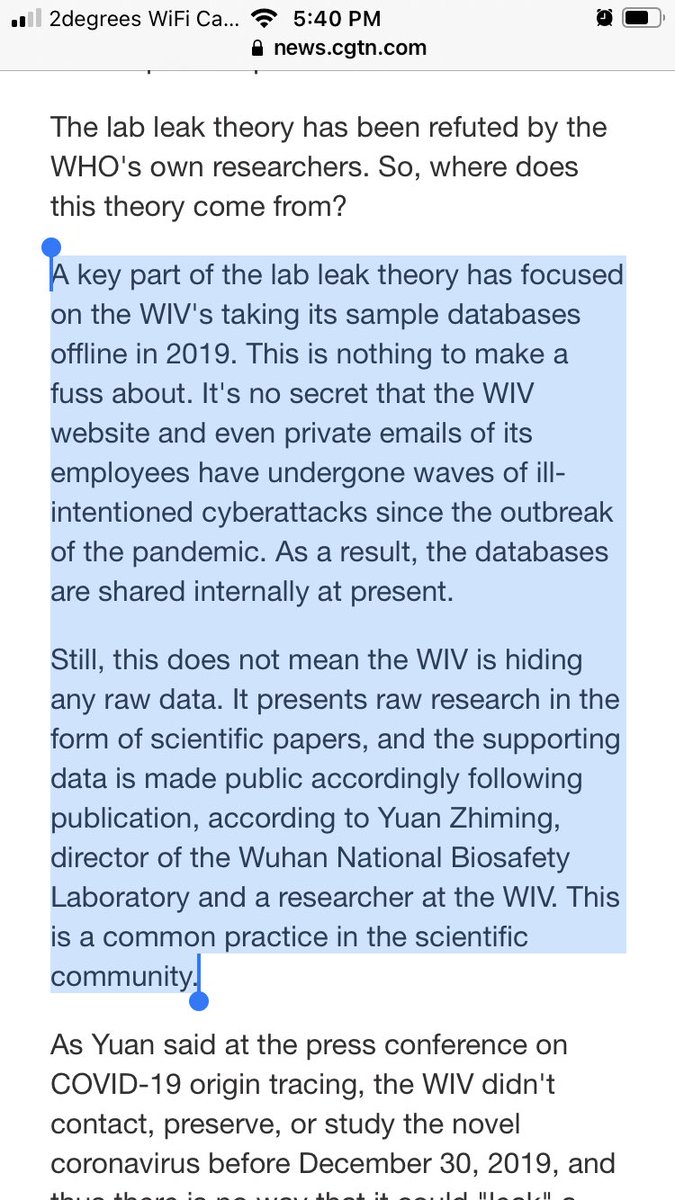 So the databases were taken offline in 2019 after the outbreak of the pandemic, which was not even communicated to the WHO until the 3rd Jan 20, and for which there was actually about nothing known internationally until the 31st Dec 19.

These hackers clearly had a time machine.

As we now know, it is even worse because the databases were actually taken offline in Sep 2019.

2nd contradiction: as DRASTIC has always said, only the viruses that were the object of a scientific publication were released publicly in the DB. Everything else was not.

So basically as confirmed here by Yuan Zhiming (of the WIV), all the new viruses and all the other viruses they had not yet published about were not accessible.

And since their pathogenicity studies involved new viruses, it means we have no idea what they were working with.

Thanks for this candid confirmation of what #DRASTIC has been saying for ages.

Maybe you should join the team @ChinaPlusNews