Even if the webminar starts with the usual factual and logical fallacy ('zoonosis happens all the time, hence a research-related accident is much less likely'), it does improve much towards the end, especially thanks to @YanzhongHuang who inject a healthy dose of realism. 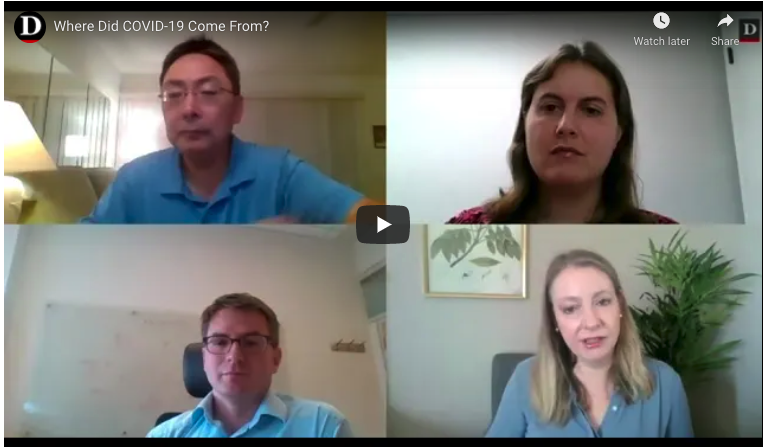 I still find it irritating though that @ggronvall brought up the political slant so much.

Sometimes it is better to just discuss the science and leave the politics to politicians.

On the science part she unfortunately made the usual mistake of citing the supposed absence of SARS-CoV-2 in a lab as a strong argument against a research-related accident.

@ggronvall may I remind you that the most parsimonious origins scenario is an infected field sampler.

In that case the first time the virus would arrive in Wuhan could well be in the body of that infected field sampler.

No reason for it to be in any Wuhan lab before. An that would perfectly also perfectly explain the lack of detection at the source...

Unless one can go back to these Yunnan caves to check what is there - which - guess what - nobody can, because they are being blocked from doing so.

Anyway, @YanzhongHuang was clear: trust won't get you far in countries like China or the USSR.

Additionally that 'no virus in the lab' argument is incredibly naive because it supposes that there is some kind of virus police which makes sure that every sample is immediately processed and that all detected viruses are fully disclosed.

Which could not be further from reality

@DavidRelman explained as much (and more) in this very good Stanford webminar.

Anyway, as to @ggronvall position, it would be proper to mention that she is also works for Hopkins Center for Health Security - which has been extremely busy working (with the US government backing) on improving biosafety practices in China.

That is very responsible work, especially given the research that the NIH was at the same time supporting in China.

But I just wonder if there is not a bit of a conflict of interest here.

How good would all that work look if indeed it was a research-related accident?
@Ayjchan

Since Jan 21, the Hopkins Center for Health Security has worked with Tianjin University, the Interacademy Partnership, with support from the US Department of State and the Chinese Ministry of Foreign Affairs to develop the Tianjin Biosecurity Guidelines.

Nice signs of cooperation between the State Department and the Chinese Ministry of Foreign Affairs.
Looks like they have been busy.
@R_H_Ebright 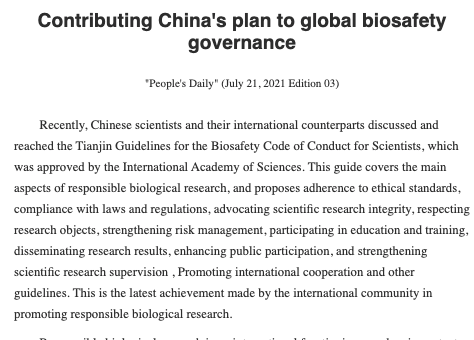