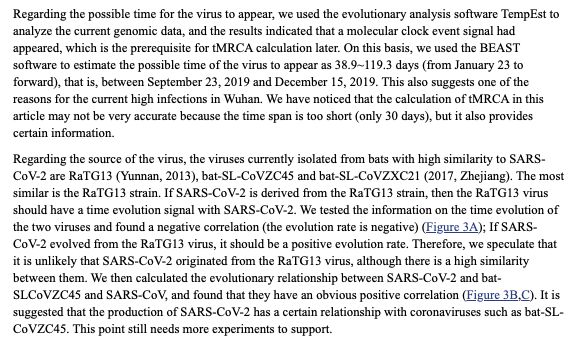 Average tMRCA time of 73 days, which gives an emergence around the 8th Nov 2019. 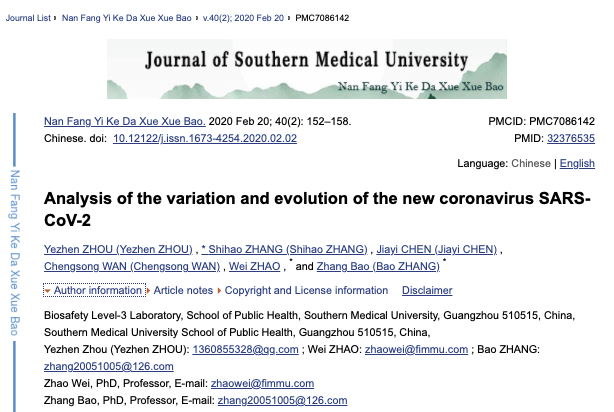 Also reported by Caixin, which did some good work too before the GGOs. 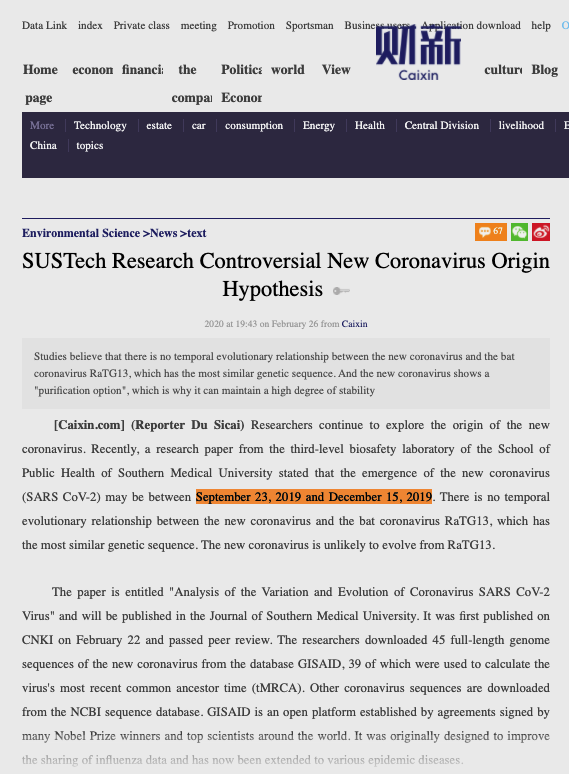 They point to a November emergence, dump the wet market story without much ceremony, complain about limited sequences, and try to figure out RaTG13 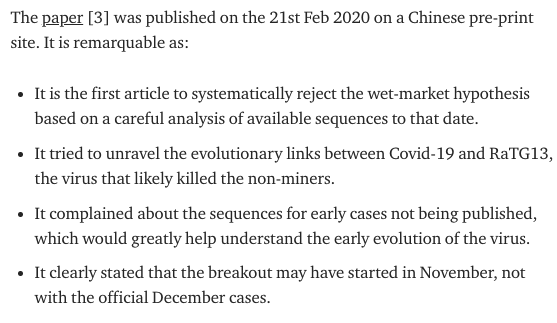 A remarkable paper indeed. It feels like we have been walking backward since then.

It was written by some of the most unlikely scientists:

Somehow two of these scientists are from the Xishuangbanna Botanical Garden in Yunnan, which was on the 2012 WIV/EcoHealth sampling trip which intersected with the miners getting infected while shovelling bat guano not that far away

You can't make that up
bit.ly/3anAlg1 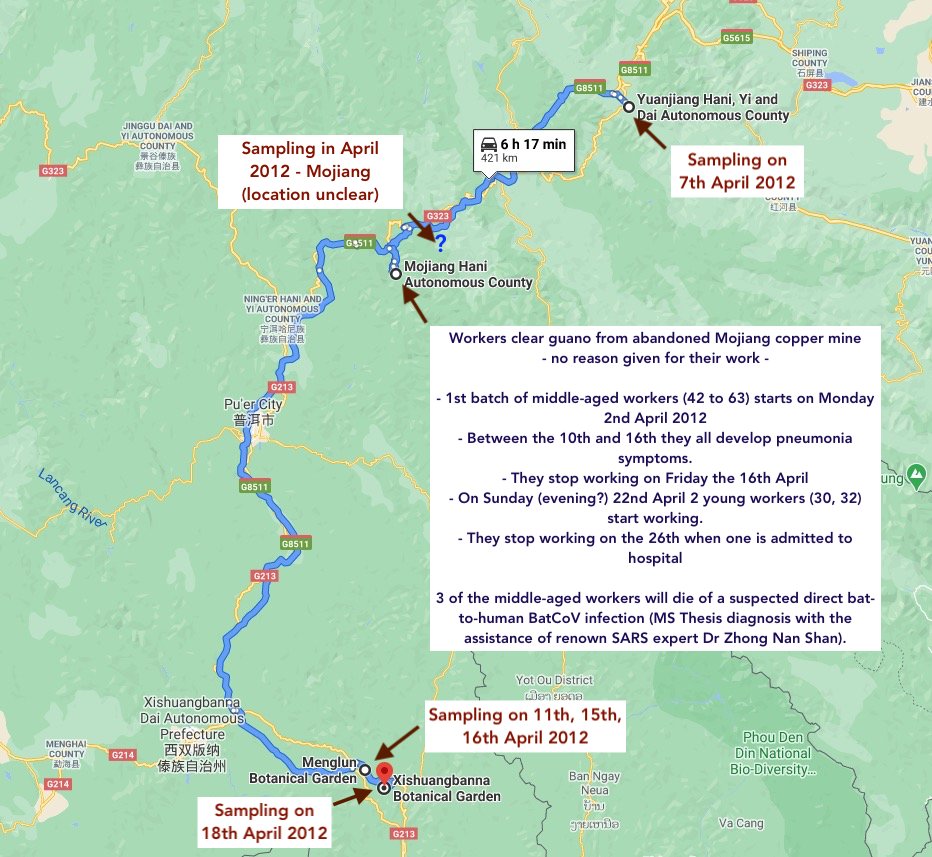 Then the GGOs (Great Gag Orders) were issued and the party suddenly stopped.

First there was the CDC gag order, issued in the 25th Feb 20 on the exact day the WHO mission left China. Bye Bye! 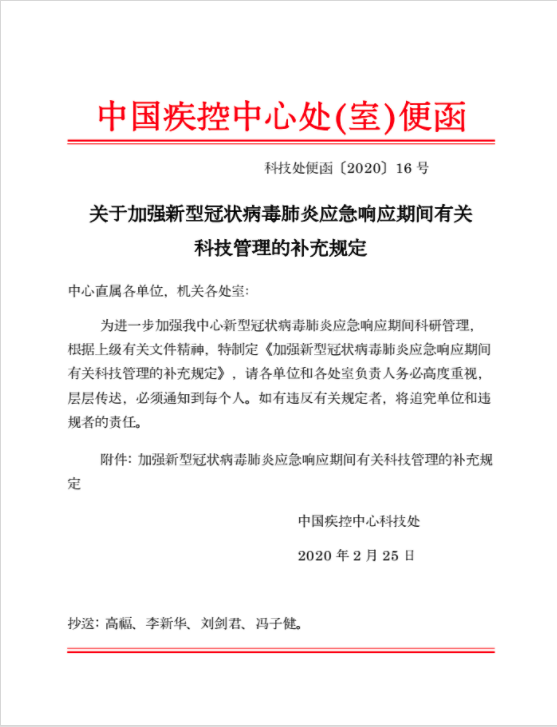 Then there was the Confidential State Council gag order one week later on the 3rd March.

It also recommends organising publications with the propaganda dep, like a game of chess. documentcloud.org/documents/7340… 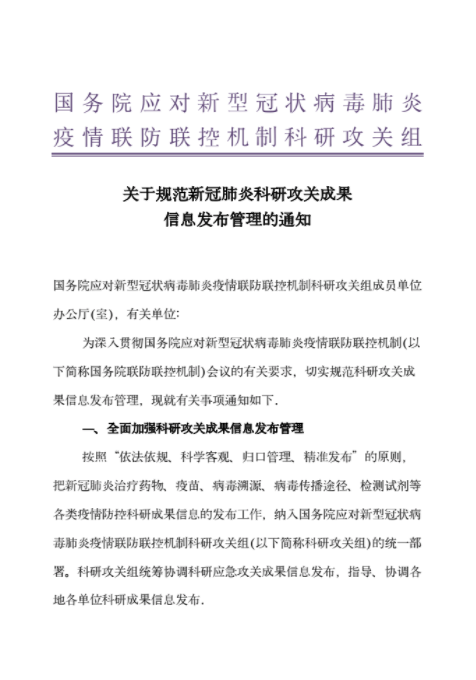 One does not mess up with the State Council - breaking its laws can be qualified as treason.

And for good measure it was followed by clear threat.
english.kyodonews.net/news/2020/11/9…

I look with nostalgia at this few days in February 2020, when at least two remarkable papers were published while the WHO team was in China.

Then the very day the WHO team left China that was the end of it. 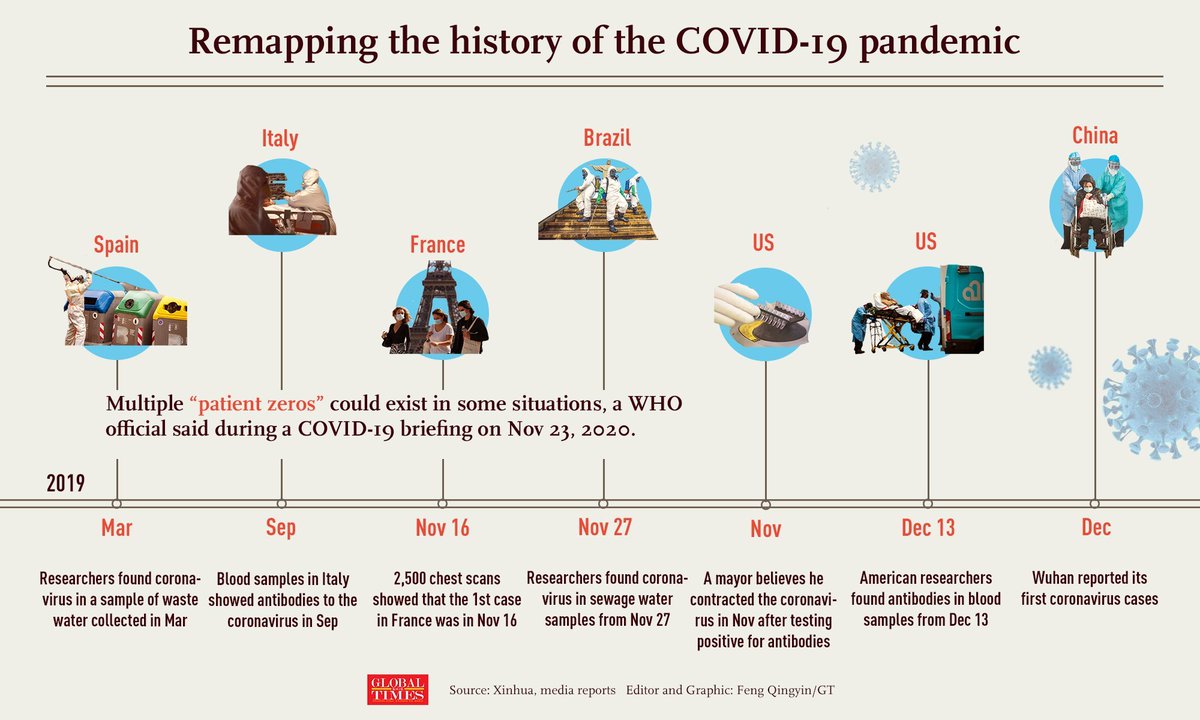 It's quite amazing to imagine that the same CDC people who were interfacing with the WHO at the time must have been busy writing/reviewing that gag order.

They are clearly good at multi-tasking.