The story of the Sverdlovsk anthrax lab accident is well worth exploring for the incredible parallels.

Without prejudice to the actual origins of SARS-CoV-2, the attitudes of the media and of the governments are very similar.

You get the same 'It happens all the time in nature' line, which implicitly makes an idiot of anybody who dares doubt the official version.

Nice way to close the debate without having to show any evidence.

You get Nature journal jumping in and questioning the US government determination to doubt the Soviet stories.
nsarchive2.gwu.edu/NSAEBB/NSAEBB6… 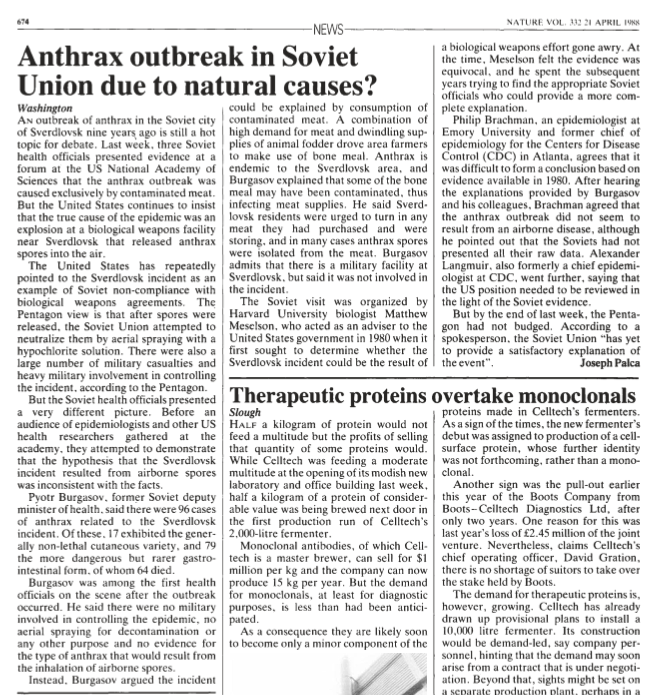 You get the same dismissal of circumstantial evidences (fodder for conspiracy theorists) - while the US government and the CIA were rather puzzled by them.

You get the same cover up, unavailability of samples, silencing of doctors and families, and eminent experts being rolled out to make presentations with slides and all which clearly explain that it was just a natural gastric anthrax occurrence.

You get the denial of courageous journalists poking for the truth and connecting the dots: 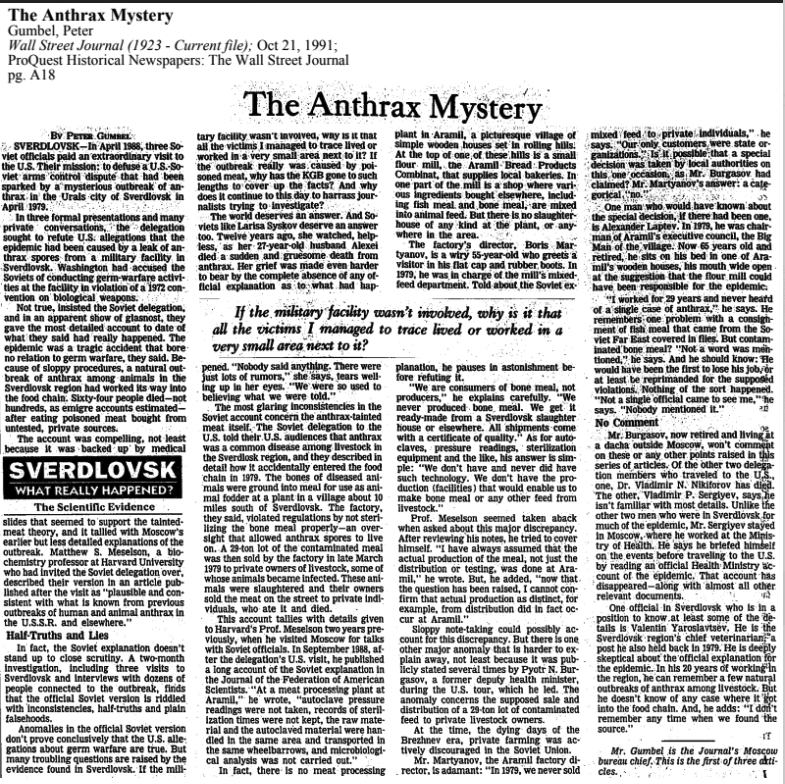 You get Milton Leitenberg (member of the Paris Group and signatory of our three letters to the WHO) raising serious questions: 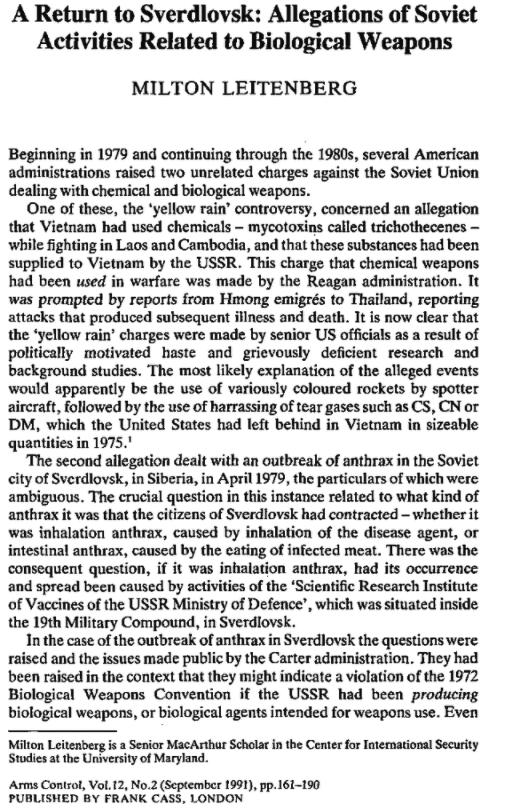 And in the end you get the truth - 13 years later:

The National Security Archives are well worth checking for this - with many declassified documents:

By the way, if you think that anything changed after that accident, think again: