Here is a letter of the virologist @canardbruno that was rejected by Lancet for some reason.

'An appeal for an open scientific debate about the proximal origin of SARS-CoV-2'.

"The submission was reassessed by the chief editor, who confirmed the decision to reject the letter without peer review."

Maybe if it had something about pangolins in it it would have been accepted. These seemed to fly through the approval process. 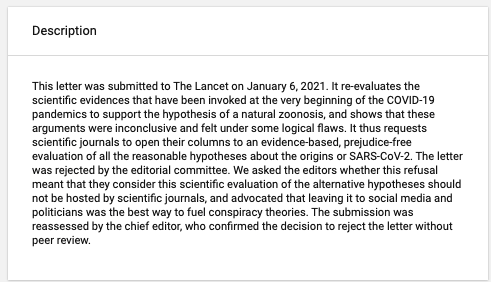 And here is a communication to Nature from Günter Theißen (Professor of Genetics, Matthias Schleiden Institute) about the lack of scientific rigour in the official origins-dogma relayed by the scientific publications.

Again, something about pangolins using the usual confused and confusing data would certainly have helped with its publication. 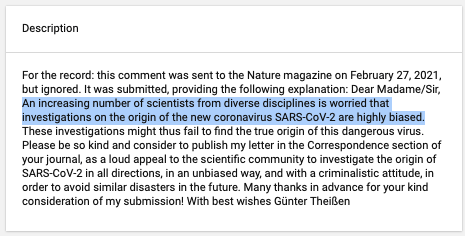 And another one from Günter Theißen to Nature,
Ignored too as you can expect.

"I publish it here as a preprint to demonstrate that not all scientists share the view that the origin of SARS-CoV-2 had been clarified in 2020 already as a natural zoonosis, and that considering anything else is not science but conspiracy theory." 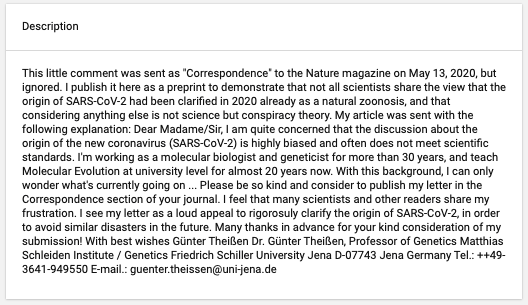 Just for the record, Nature has published what could pass for press-releases from the Chinese ministry of Foreign Affairs.