@edwardcholmes can be quite straight to the point at times:

Quote:
One theory that Professor Holmes had no hesitation in dismissing is the Beijing-sponsored claim that the pandemic emerged from America’s Fort Detrick:
“That’s total nonsense.”

Another theory [--] is that the virus travelled to Wuhan on food packaging:

“I don’t believe that either. That’s a way of trying to push it away from China, more political than scientific.“ 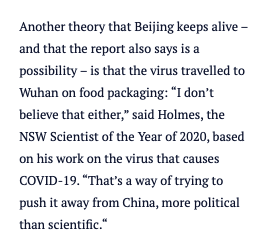 Where his logic seems to fail, is when he cannot believe that some Chinese scientists could be lying:

Well @edwardcholmes, you basically just acknowledged that China lies about Fort Detrick and about contamination via food packages. So what's the stretch?

Anyway let's look at these miraculous all-negative tests at the WIV when Wuhan urban had a 4.4% positive background rate: 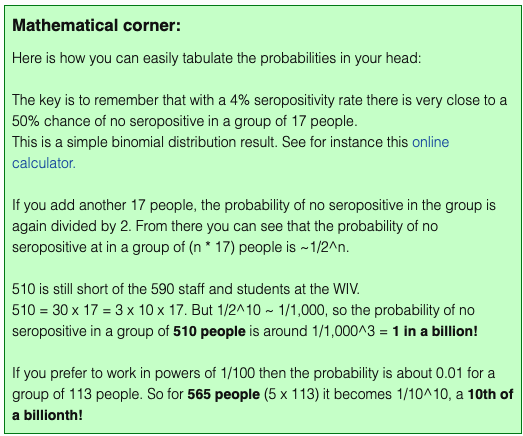 It's either a miracle or a lie. What do you think it is? 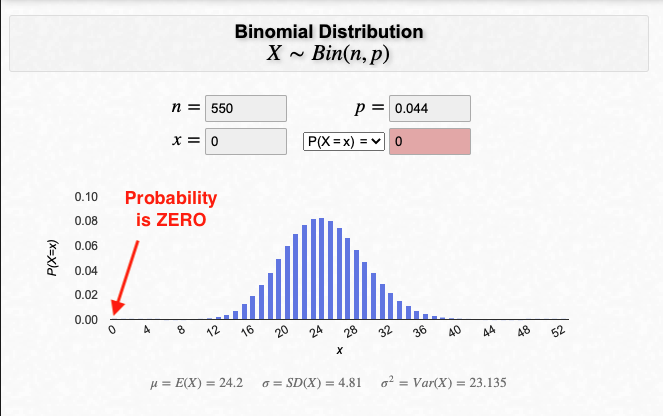 Or what about the statement by Shi Zhengli that the main WIV database was taken off after repeated attacks during the pandemic?

It was taken off in September 2019 as validated independently by the South China Morning Post (This Week in Asia) - not exactly Fox News. 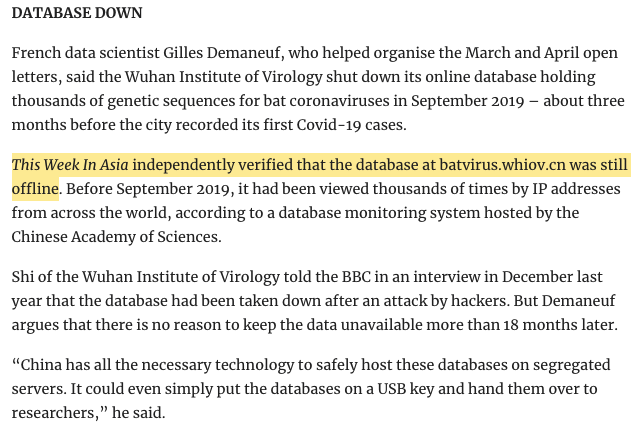 And what about that other statement by Shi Zhengli to the joint-mission team (Annex D7 of the report), that:
'all fieldwork is done with full PPE'.

When actually she is on record saying exactly the opposite, and explaining why it is most often done with ordinary precautions instead (latex gloves, little mask, maybe a plastic rain poncho that cost $1 in a corner shop): 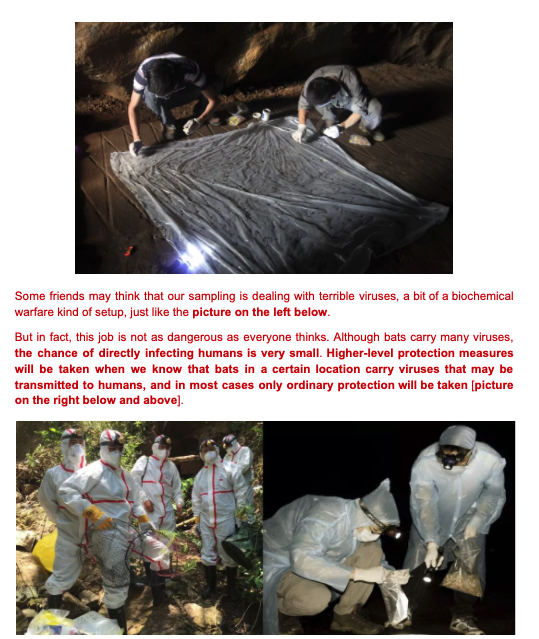 That's from a video for those who can understand Mandarin:
v.qq.com/x/cover/7qm4vf…

Anyway is she lying or just being absent-minded? Quite clear to me.

And remember the Sverdlovsk anthrax leak in the USSR in 1979.
The Russians swore that it was all natural contamination of game meat, which contaminated people.

It was all a lie.
theatlantic.com/health/archive… 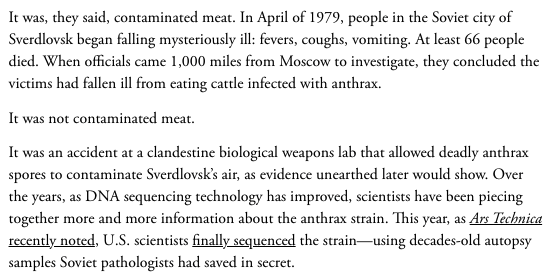 "In 1988, 9 years after the accident, Soviet officials came to U.S. to give a three-hour talk at the National Academy of Sciences, presenting facts and figures and even slides of gut tissue from autopsies"

Yep, they had done the studies. Just believe them.
And Shi Zhengli too.