Here is an interesting article worth discussing.
This was published in 2016 in the journal of Military Medical Research, a Springer Nature journal which is edited by the PLA.

The paper is about the positive role the PLA is playing in infectious disease prevention and control.

The 2nd sentence of the paper gives you the theme, praising the contribution of the PLA to the prevention of SARS. 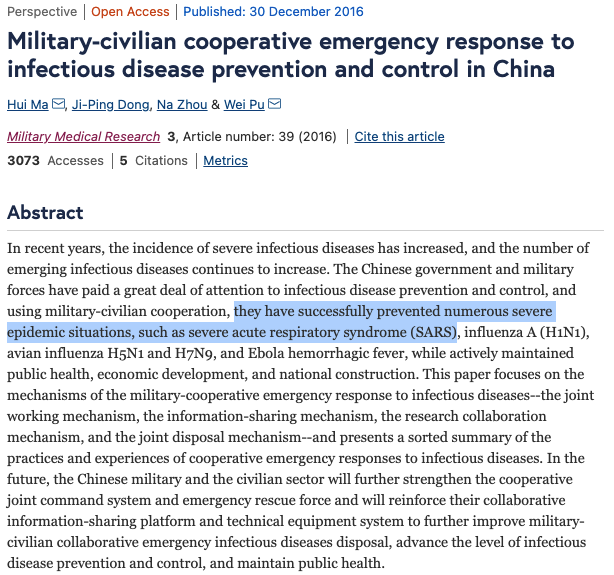 Maybe they have in mind keeping secret military files that made it impossible for the WHO to control and monitor the spread of SARS in Beijing in 2004. 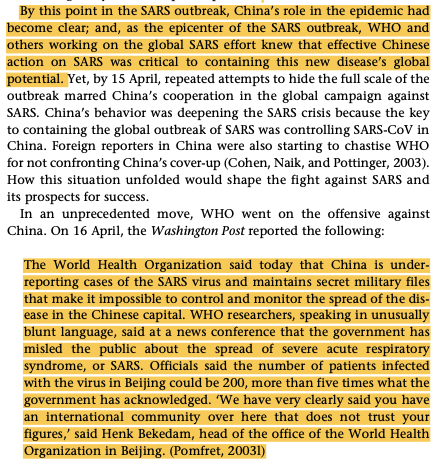 Or maybe they have in mind the fact that patients were hidden in PLA hospitals, who them moved them out temporarily when the WHO was eventually allowed to visit these hospitals.
Transparency in the local fashion. 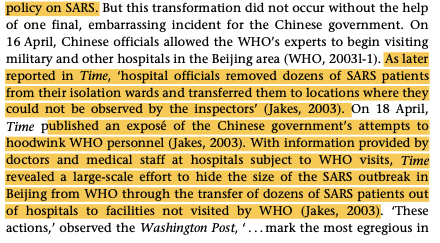 But anyway, clearly the Editor (the PLA) had no problem peer-reviewing this paper written by 4 PLA members, and published in the prestigious and highly professional Nature.

So we are good with that and let's move on to some interesting insights.

One of the reasons for the PLA involvement in outbreaks control is to 'maintain social stability'.

It's also a rehash of Xi Jinping's move for a tighter civil-military integration in all parts of society.
Nice to see that they did not forget to mention him. 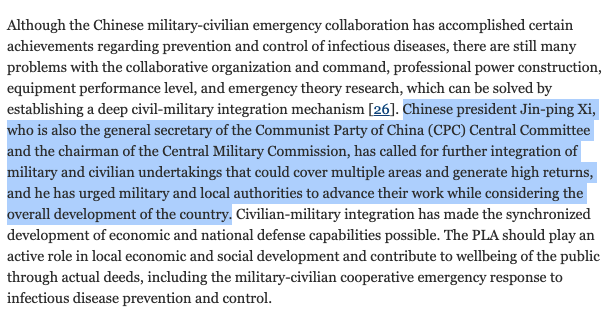 We saw that with Major Chen Wei
www.scmp.com/news/china/military/article/3064677/meet-major-general-chinas-coronavirus-scientific-front-line

We saw that with the 'public' early-cases database (managed by Pr Chuanhua) effectively being a front that was 'sanitised' while the military had its own private database of early cases. 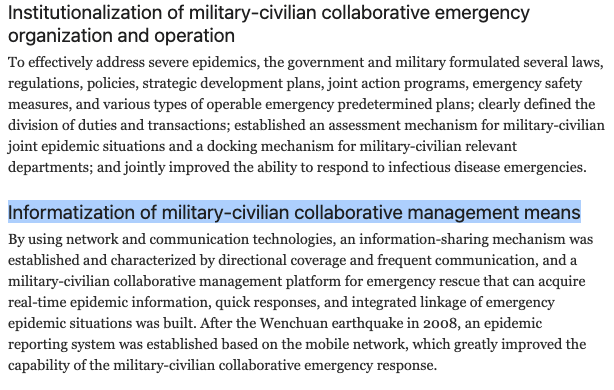 The real database was managed by the National University of Defense Science and Technology, and informed some key modelling based on the actual movements of early cases.

Powerful modelling was available to the Chinese government based on the real data.

Last, the military must play a key role in identifying the index case and in the early 'disposal of local epidemic outbreaks'.
'Successful past experiences that resulted in preferable public effects can be attributed to the army'.