WRONG: The last case of SARS was the very bad lab outbreak in 2004 at the top P3 in China (Beijing).

I am a bit surprised of that mistake.

By the way the #2 on the Chinese side of the Feb 20 WHO trip to China, also #2 of the CDC in China and someone you must have met, was 'sanctioned' for his failures during that leak.

Would have been easy to ask him about it.

The WHO had limited access, no report was published, and China tried to cover-up the two Feb 04 primary cases.

If it was not for the Chinese investigative press (long gone) we would never have known about these Feb cases
researchgate.net/publication/34…

As to the cause it was a badly deactivated SARS virus worked on in P2 conditions. It was stored in a fridge outside of the lab at P nothing because the P3 lab was at x3 times capacity, being full of students unqualified in biosafety.

It would have been easy to say that it could only be a zoonotic event (SARS had just happened) and that a Lab leak was very unlikely.

Problem: the location was the city with the top P3 in China. 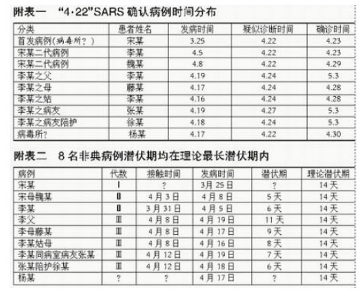 But that's not all. David is doubly wrong because the SARS leak previous to that was not Singapore but Taiwan.

And it was at a military P4 designed/equipped by France.
Very safe as we know. Except that infrastructure without processes is nothing.

It could have been much worse. 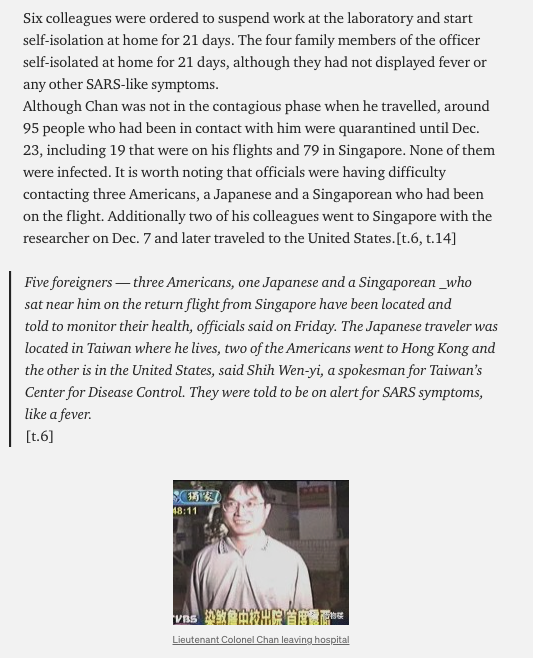 Maybe 'Taiwan P4' and 'Beijing P3' are difficult to remember, all right.

TIP: My mnemonic for the chronology (Singapore P3, then Taiwan P4, then Beijing P3) is simple:

The Good, the Bad and the Ugly.