Post WHO conference, let's remember that paper published on the Saturday 22nd Feb by a very unlikely team lead by conservation biologists from Yunnan on a Chinese preprint site, that:

sequences to that date

(3) complained about not enough sequences of early cases being published

(4) clearly stated that the breakout may have started in November 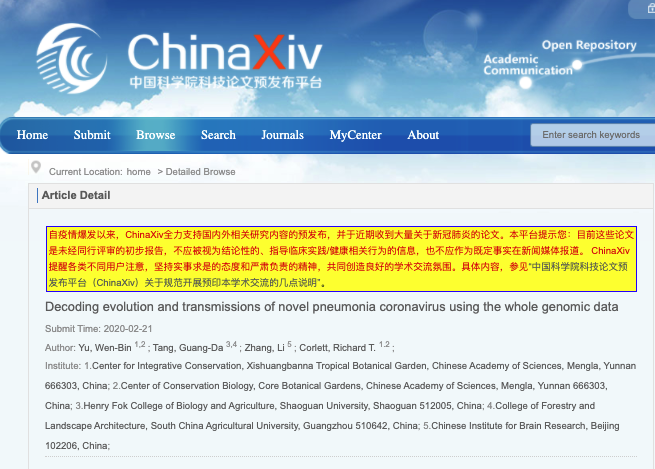 One year later, the WHO mission basically repeated these findings.

That paper was made available to the WHO a year ago, just before they went to Wuhan. Someone was generously trying to help them.

Shame that it took the WHO one year to essentially reach the same conclusions.

Interestingly these conservation biologists were from the Xishuangbanna Botanical Garden, which was the last site during the Feb 2012 sampling trip, at the time and in the vicinity of the 'workers' getting infected in the mine. 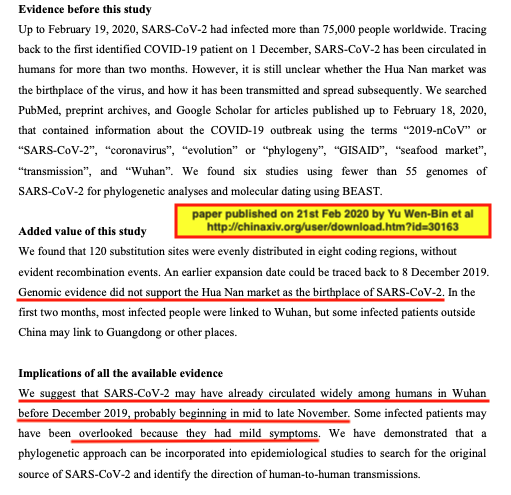