Have you ever wondered why the Lancet study graph had no cases on the last 4 days of December 2019?

That study used the official figures released by China on the 3rd Jan 2020 after an express request from the WHO on the 1st Jan. 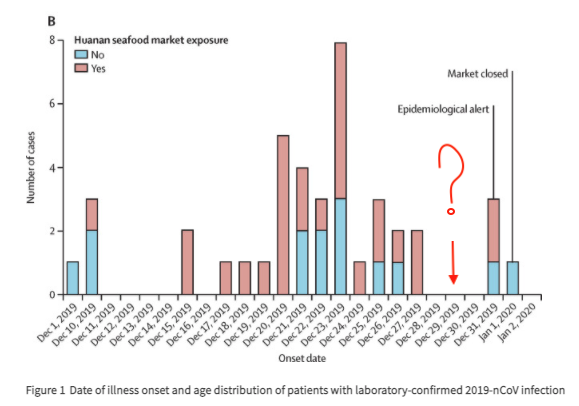 Have you ever wondered why the CDC report on the 26th January has a big jump on the 1st Jan 2020? 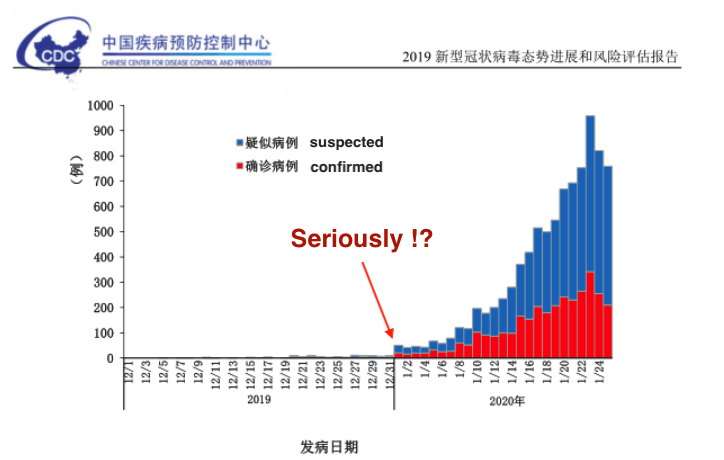 Have you ever wondered why when you magnify the Dec part of that graph, you see cases on the 5th , 7th, 8th of December (confirmed or suspected)?

That graph was published 2 days after the Lancet paper.

And if you look carefully, you will notice that there is an odd fat tail from the 1st to the 3rd Jan, on top of the jump on the 1st Jan.

At least that paper gave a precise count of confirmed cases for Dec 19: 104 (confirmed, not suspected).

Basically the graph was artificially cut at the 8th Dec when there were two more cases before. 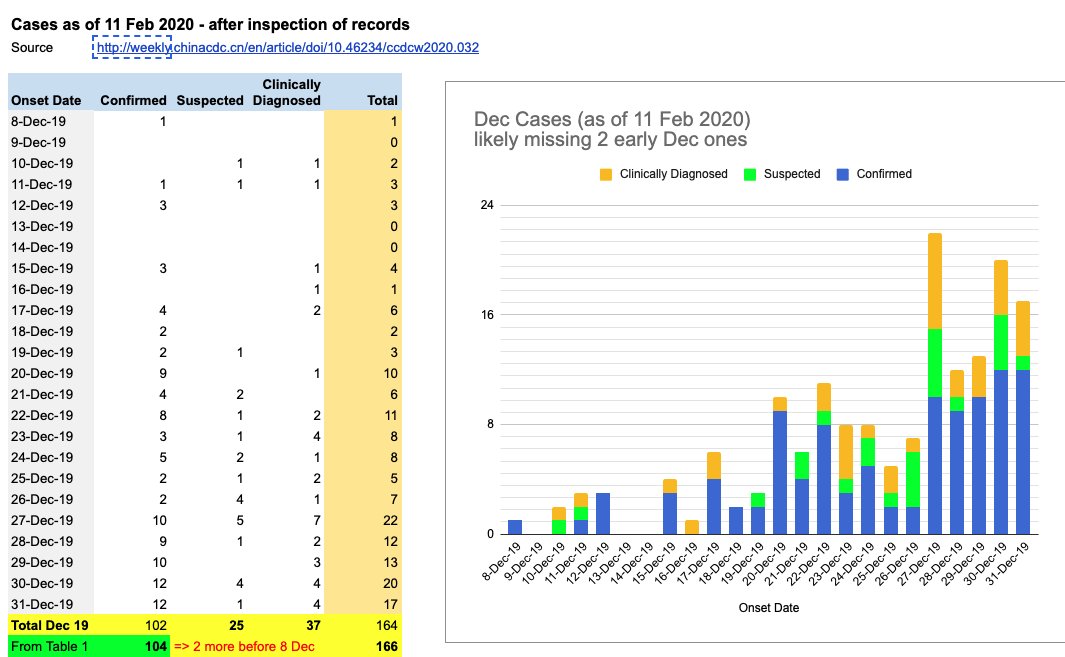 Which must be very useful because it ties up with what China told the WHO earlier in January: 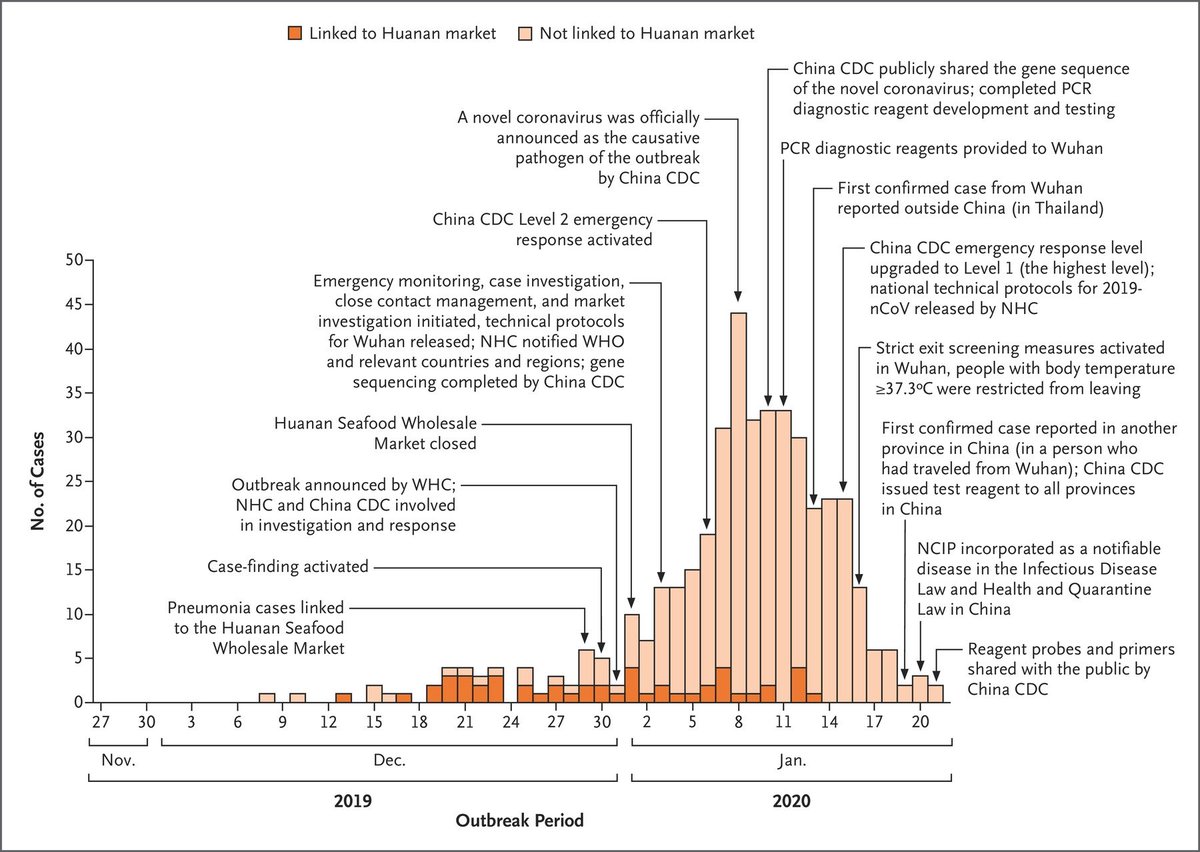 Anyway the last we semi-officially know is that there were at least 124 confirmed cases with Dec 19 onset (ToRS backdoor disclosure in Nov 20).

But we also have the SCMP leak of the 13 Mar 2020, for confirmed cases also (not suspected).

A leak of government data that gives 6 Nov 19 cases, and 266 confirmed Dec cases.

Which would mean at least 300 confirmed cases for Dec 19. 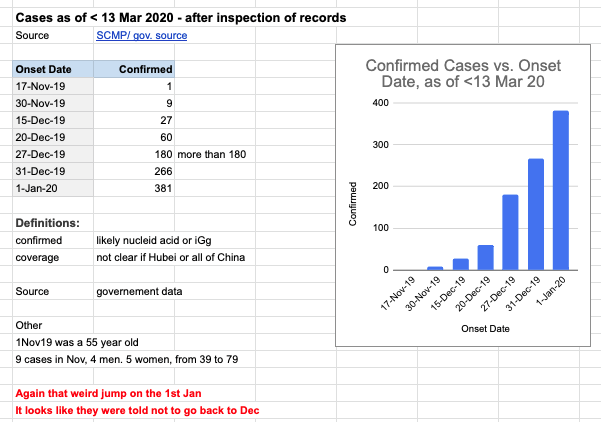 It looks like a lot.
But actually it's not that far from the CNN leak of the 1st Dec 20 based on official data (proper forensic checks) that must date from before Apr 20.

So. all well considered, especially given that artificial 'wall' on the 1st Jan where all of a sudden the numbers jump up: 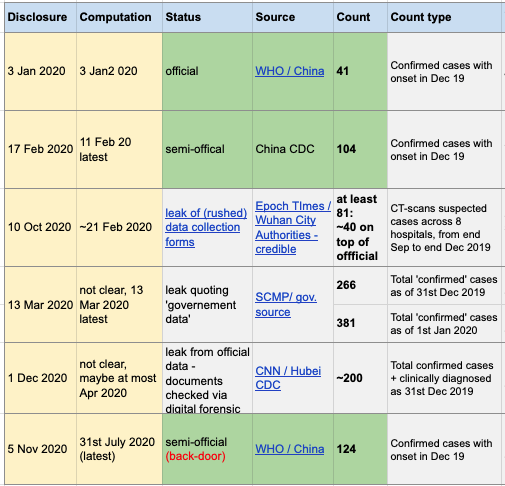